By National Women's Law Center Staff • May 07, 2013•Politics and Government 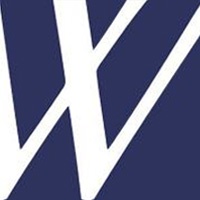 This week the Senate HELP Committee will vote on the nomination of Thomas Perez to be the next Secretary of Labor. In the midst of the many unfair and unfounded attacks lobbed against Mr. Perez in recent weeks, an important legal doctrine for combating sex discrimination has also come under attack: disparate impact. Under Mr. Perez’s leadership as the Assistant Attorney General for Civil Rights at the Department of Justice, the Department has employed the longstanding disparate impact analysis to combat employment discrimination. Its application is not only legally sound, but exceptionally important to eliminate discrimination and further justice.

The Supreme Court and Congress have long made clear that Title VII of the Civil Rights Act “prohibits employers from using employment practices that cause a disparate impact” based on sex and other protected classes. The doctrine of disparate impact allows for a remedy when an employment practice that may be neutral on its face has an unjustified adverse effect on members of a protected class.

Disparate impact has been crucial to addressing entrenched discriminatory employment practices. Indeed, women’s entry into high-wage, nontraditional occupations has been made possible in large part by challenges to unfortunate employment practices that disproportionately disadvantage women, which would have otherwise remained unchanged but for the Title VII’s disparate impact doctrine. Courts, for example, have struck down height, weight or strength requirements implemented by employers in police departments, fire departments, in construction and in correctional facilities because the requirements were not related to job performance, but instead reflected stereotypes about the skills required for a position. Moreover, there are often alternative practices that may both satisfy job performance demands and allow for a diverse workforce.

A few cases illustrate the importance of courts applying the disparate impact standard to strike seemingly neutral employment practices that over time have limited women’s access to jobs in higher paying fields like police work, firefighting, or construction.

Although we’ve highlighted only a few here, in numerous cases courts have appropriately applied the disparate impact doctrine to strike employment practices that limit women’s access to jobs in higher paying, traditionally male fields. But the doctrine alone is not enough – both a robust legal standard, and vigorous enforcement of that standard, are necessary to ensure that Title VII remains an effective tool for opening doors previously closed to women and people of color. And under Mr. Perez’s leadership, for example, the Civil Rights Division has brought a number of cases challenging discriminatory physical tests for police officers and corrections officers that disproportionately excluded women, which resulted in back pay and hires with retroactive seniority to female job applicants who were harmed by those tests. We commend Mr. Perez’s enforcement of the disparate impact standard; it provides grounds to support, not undermine, both his nomination and the standard itself.