To Plead or Not to Plead

Curious, I looked in the dictionary for the definition of a plea.  If it’s unrelated to “law” it is, “a request made in an urgent and emotional manner”. If the definition of “plea” is related to law, a plea is defined as, “a formal statement by or on behalf of a defendant or prisoner, stating guilt or innocence in response to a charge, offering an allegation of fact, or claiming that a point of law should apply”. I contend that a realistic definition of a plea agreement in our criminal justice system falls between these two definitions.

To argue that succumbing to a plea agreement is anything less than emotional is ridiculous. You are defining yourself by that agreement and will be treated accordingly, possibly forever. It changes how you view yourself. It has far-reaching effects on countless people that you interact with. The prosecution places urgency to sign a plea agreement often because they can. They use heightened emotions and others involved in your case that might be making a similar deal to incentivize you. For some reason the quicker you “get on the bus”, the better deal you can make. I find it offensive that you are rushed to make a deal with often lifelong consequences. It’s a recipe for disaster.  A good, lasting decision is made with a reasonable amount of time, consideration, and wisdom.

After you are charged, the plea deals come pretty quickly.  It’s the way we do justice in the US. It is estimated that 98% of cases charged end in a plea deal, so it is expected that you will plead. You will plead. It is a dance between your criminal defense attorney and the prosecutors.

Say you did “x” and plead guilty, cooperate, tell the truth, and you might get 3 years instead of 8 years. That kind of thing. Somehow, you become a number or a thing; your humanity is obscured. 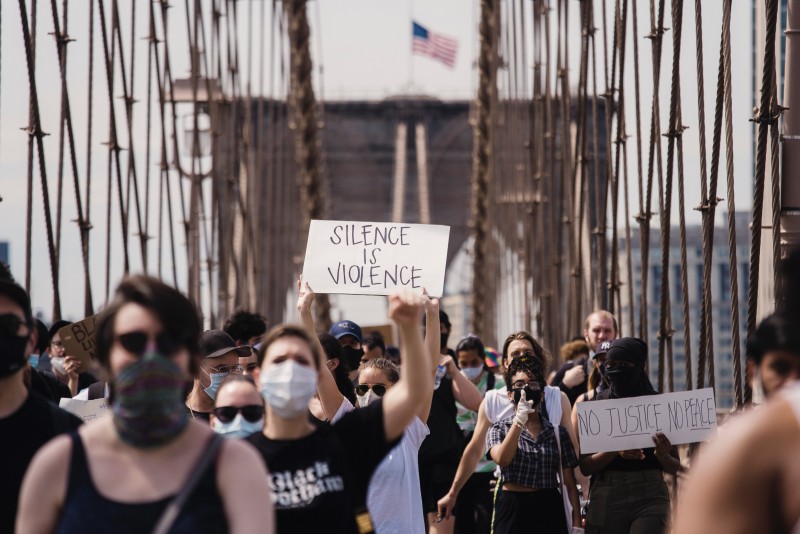 In my case, there were five defendants. I was told that one of them pled guilty before he was charged.  Not because he was guilty, but because he was scared. The unlimited and powerful resources of the US Government were well known to him. He wanted to be the first person “on the bus”.  Is our system so intimidating that you acquiesce and are subsequently told what you are guilty of?

What exactly does cooperating look like?  If you plead guilty and weren’t really cooperating, what happens to the plea agreement? If you plead guilty and don’t tell the truth, what happens to the plea agreement? Do you exchange a plea agreement for a perjury charge? Who decides if you aren’t cooperating?  If you were asked to testify and didn’t testify in a way that was considered to be cooperating, are there consequences? If you cooperated to the point that it was obvious that you weren’t guilty, is there a chance that it could make a difference in your plea deal?

All these thoughts are running through my head at the speed of light. The only way I felt like I could ever consider pleading guilty is as a strategy for the Government to understand the truth and dismiss the charges/plea agreement. That sounded like it could only happen in a movie, not real life.

I understand that a plea deal is considered a win for prosecutors and that is what he/she is often evaluated on to succeed in their careers. A prosecutor on my case bragged to a potential witness that he won 98% of his cases. Why is the prosecutor bragging? Do you think that 98% of the time the defendant was guilty?  A prosecutor isn’t reviewed for the standard of justice that was served, but for convictions. Who can blame a prosecutor for wanting to do the best job they can, but that appears to substantially measured on convictions, not justice. How can we change that?  How can we make justice the goal to elevate a prosecutor through their career?

The premise is that you plead guilty, get punished and help punish anybody else that was involved. I knew that no one needed to be punished, so I just couldn’t plead for that reason too.

I decided if I were a cooperating Government witness for so many reasons, it wouldn’t go well. 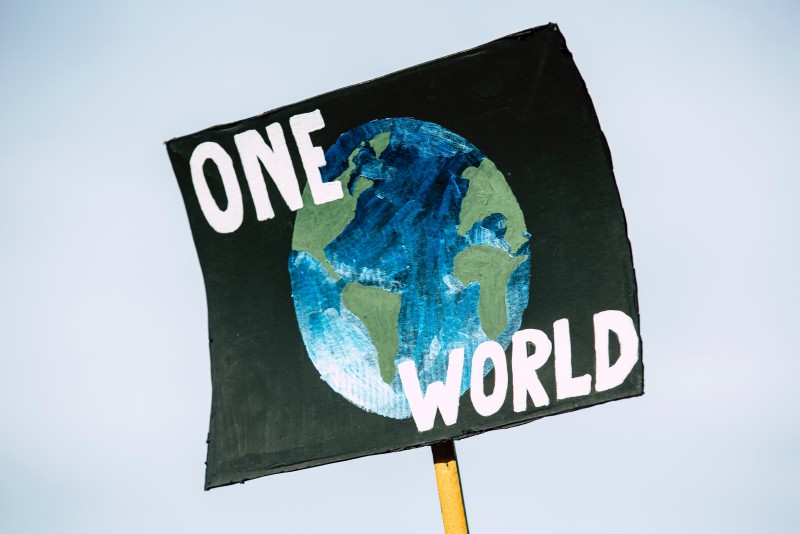 For someone, like me, that was innocent, a plea deal is a punishment for something I didn’t do and time away from my family, dreams and responsibilities… lessons I would never get a chance to teach my children, work I got educated to do would not be accomplished and personal relationships would suffer.  All because I am being told that I did something I didn’t. Was I willing to agree with them to get this over?  Was I willing to say my life is a lie? All the things that I said mattered, truth, ….was I a lie?
Defendants shouldn’t feel forced to plead to something or else they will be treated unfairly. Reality is that if you don’t plead guilty then, more charges could be coming your way. I saw it happen in my case to other defendants.

There were moments from the case that are etched in my memory. Profound statements I will always carry with me. The Judge said in open court (direct from the transcript), “IN ORDER TO IN ANY WAY SAVE YOURSELF NOW IN THE CRIMINAL PROCESS, YOU CAN’T RELY ON A JUDGE AND JURY YOU HAVE TO MAKE SOME ACCOMMODATIONS WITH THE GOVERNMENT AND PLEAD GUILTY BECAUSE THE CONSEQUENCES OF NOT PLEADING GUILTY ARE SO PROFOUND THAT IT’S NOT WORTH THE RISK.”

There was complete silence in the Courtroom.

We all had to have time to soak in that wisdom.

These are the statements that no one in that Courtroom could forget or have a response to.

The words were directed at the prosecutor. Those words to a large extent defined the essence of my case and the opinion of independent thinking, well thought of Judge. Yet, the Judge chose to announce them to the world as if to remove all doubt. I took a deep breath.  Maybe everything was going to be alright. Hope was still alive.

You are given one life and with that life, you define who you are and by your actions, people see what you stand for. If the truth mattered, there could be no plea deal. The end. 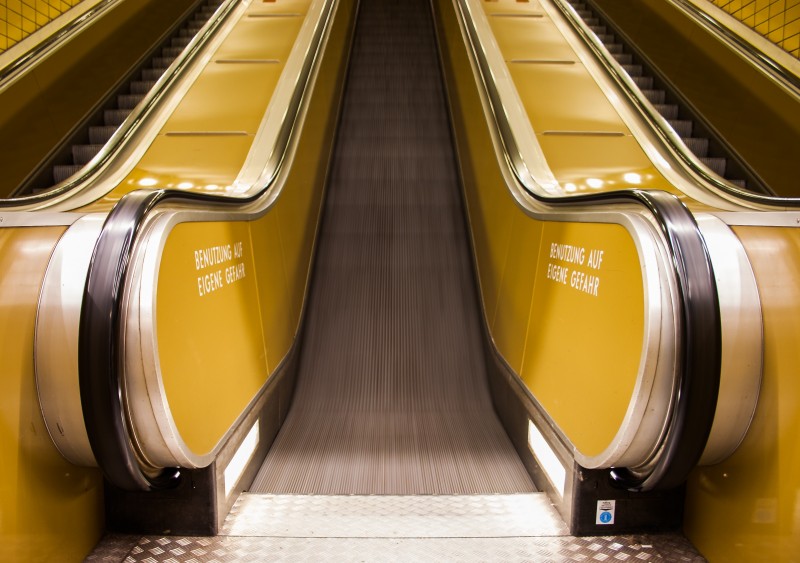 I would like to say that I was 100% always convinced that I shouldn’t take a plea deal, but that would be a lie. This case lasted longer than most and there were multiple times that I was offered a plea deal. I wanted desperately to never think about taking a plea deal.  My attorney felt a responsibility to keep telling me that I needed to consider the options. The absolute toughest times were watching my kids and letting my mind wander to …what am I going to miss of these three children’s lives while I sit in jail? Will I be a part of their lives at all if the worst happens?  Ugh! I felt so defeated.  When I decided to have kids I made a promise to myself to be the best Mom I could and now this.

There was a point where Dan, my attorney, insisted on bringing in my sister and husband to “talk some sense into me”.  Dan sensed that people closest to me could find words he hadn’t to reach me and convince me that a plea deal should at least be more seriously considered than I had shown him I was willing to do.  One night, we all got together and discussed the plea deal as Dan insisted. I could see my sister’s and husband’s faces drop as they learned more details than I had shared with them. I am not sure if Dan just knew that I would be found guilty or he didn’t want to go to trial or what, but Dan heavily recommended a plea deal. I think he genuinely was looking out for me. On the other hand, Dan never took away my hope. That was clear but unspoken.

I didn’t know how very deeply I was committed to the truth until I kept being asked to plead. After all this was over, however it turned out, I had to live with myself and I had to make the decision that let me do that, no matter the consequences.

I became increasingly offended by the thought of a plea deal.

Every time I got some hope like those amazing words from the Judge about the prosecutors, I could stand a little straighter.  I often felt defeated, but I had to keep getting up and those words made me rise in a way that few others could accomplish.

I became so focused on the case, fighting for what I believe in, that I had to let other things in my life go. Those “things” were far less meaningful than the value I had originally placed on them.  I had to question why I had made time for some of them anyway.  There were so many more important issues that I could spend my time on, but it took this case for me to realize that.  I knew I was filled with purpose but I didn’t act on it in a meaningful way, often and consistently.  That, I vowed would change when this case was over.

Getting a plea deal is a bit like being charged all over again. It was that same sick feeling in your stomach.
I was learning that being uncomfortable was surprisingly a better place to be than signing a document that was a lie. I received multiple plea agreements for over a year, right up until trial. Apparently, even after a protracted period of time, the” bus” was still making stops. Clearly, instead of the bus, I was walking the road less traveled.

Walking on that road, I was beginning to appreciate that although people say that they want to be “happy”, my belief is that most people want to live a life of meaning, purpose and to stand up when they are pushed. I realized that I was or could be one of those people.  It was my time to stand up even if I knew I would keep falling down. I could fall down privately, every day if that’s what it took. I had to just get up one more day.

I was trying to understand the logic of how our justice system had gotten to this point, but it appeared overwhelmingly complex.

Justice felt so simple to me.