By Piper Hoffman • August 09, 2010•Sexism, Sexual Harassment, and Other Forms of Discrimination 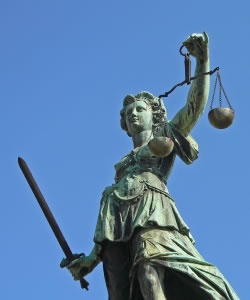 If you believe that someone at work is discriminating against you, one of your options is to go the legal route and bring a case against your employer. I’m all in favor of taking action again illegal discrimination, but you need to have your eyes open when you make up your mind to fire the opening salvo in a discrimination dispute. Here are ten myths and facts about going after your employer for sex discrimination.

1. Myth: Your employer will cave quickly and you will move on with your life.
Fact: There is a good chance your case will drag on longer than you could ever expect.

You would not believe how long discrimination disputes can take to resolve. Seven years is not unheard of. One reason is that there are many steps in the process before you even get to court, including attempting to negotiate a settlement and filing an administrative charge at the Equal Employment Opportunity Commission or equivalent state agency (this is mandatory before you can file a lawsuit in court); another reason is that once you’re in court you are at the mercy of the judge, and the mercy of some judges is very slow. Some women reach an agreement with their employers relatively quickly while others will be in it for the long haul. Employers and their lawyers do their best to make it worse by dragging things out as long as possible.

2. Myth: It won’t cost too much to pursue your case.
Fact: Pursuing your case will most likely cost more than you expect.

Lawyers, especially good and experienced ones, are not cheap. When you consider that most of them charge by the hour and put that together with #1 above, it is obvious that pursuing your case will cost you. This is another reason that employers and their lawyers try to drag things out – they are hoping you will run out of money, if you don’t run out of patience first.

Nearly every woman who ever came to my office to discuss suing her company for sex discrimination told me that her company was scared of bad publicity, so if we threatened to publish her accusations in the press, the company wallet would fly open. Nearly every one of them was wrong.

There are two reasons that your boss won’t wet his pants when you brandish the phone number of a Wall St. Journal reporter. First, he knows that for you, press coverage is a gun with only one bullet. Once you pull the trigger, you’re out of ammunition – in other words, once the story hits the press, it is out there, and whatever power the threat of exposure did give you is gone.

Second and more important, your employer is presumably in the press a fair amount – certainly a lot more than you are. Your story will be one bad article, but the next day or week or month there will be a good article about the business. Your story will not define the company’s public image. But your story will probably define your public image for a long time. Your employer knows this, and is counting on you having more to lose from press coverage than the company does.

If someone at work is discriminating against or harassing you, he is probably treating your female colleagues the same way, and other colleagues have probably witnessed his conduct. It would be nice to think that the other victims and the witnesses would tell the truth about what happened to you in the workplace.

Don’t count on it. More often than not, colleagues plead ignorance or flat-out lie when asked to step up. They fear for their jobs and will usually choose continued employment over lending you a hand or standing up for justice.

5. Myth: Your case will expose your employer for the prejudiced, backwards institution that it is.
Fact: Other people will probably not find out how evil your employer is.

Usually “success” in a discrimination case means settlement; only a very small percentage of discrimination complaints go all the way to trial. And employers have a very nasty habit of insisting that your settlement remains completely confidential. It’s the equivalent of a gag order: you are not allowed to tell anyone about the discrimination or about the settlement. This is a particularly noxious tactic because it means that other women don’t know to stay away from your woman-unfriendly workplace, and the public in general has no idea how much discrimination is really going on. Forget about getting a bucket of money from your case and then writing a book-length expose about how vile your employer is. If you settle your case, no book. If you take your case all the way to trial, then no settlement agreement and no confidentiality clause. You could write the book and tell the world, and you would have years to do it (see #1), but you would need a big advance (see #2).

6. Myth: You will be avenged against the perpetrator when he loses his job.
Fact: The bad guy will probably not get fired.

One of the fondest wishes of most discrimination victims is to see the bad guy get what’s coming to him. Sadly, he very rarely will. Employers rarely fire the perpetrators of discrimination even when they lose discrimination cases in court and have to pay the victims lots of money. Occasionally they will transfer the jerks, but usually nothing happens. If seeing your boss canned is your primary motivation for suing your employer, forget it. Talk to a lawyer about some more realistic expectations.

Yes, your boss may retaliate against you. Yes, human resources probably won’t do anything helpful. But if you are serious about pursuing a discrimination case against your employer, you should do everything you can to end the discrimination and to get your attempts to do so documented. It will probably mean the end of your career at that company, but it will help your case. And who knows, maybe you’ll be one of the lucky few who actually have effective HR departments, you’ll be promoted and transferred to a new department, you won’t have to bring a case, you will never have to see your repulsive boss again, and justice will prevail. It does happen. It can help to see a lawyer even at this stage so she or he can coach you through this process.

8. Myth: It is illegal for your boss to treat you unfairly.
Fact: Unfair treatment is not always illegal.

Your boss can make your life miserable without breaking the law. For instance, if he treats everybody, male and female, like crap, then it’s not discrimination when he treats you like crap. If he assigns you all the scut work because he just doesn’t like you, but he treats other women well, then it’s not sex discrimination. He can cut your pay, transfer you, demote you, or even fire you just because he thinks you looked at him funny. As long as his reason isn’t your gender, then it’s not sex discrimination. It can help to keep notes about how he treats you and your peers so that if you decide to see a lawyer, you can give her or him a good picture of how your boss treats both you and other employees, both male and female.

9. Myth: The focus in my discrimination will be on my employer’s wrongdoing, not on me.
Fact: If your case goes to court, your employer and its lawyers will do their best to invade your privacy and keep the spotlight on you and whatever wrongdoing they can dig up or make up.

If your case goes to court things could get even worse. One of the pre-trial stages of litigation, called “discovery,” involves exchanging relevant information with the other side. Your employer may demand that you turn over all kinds of information you consider private, such as your journals or records from all your doctors. Just because the other side requests it doesn’t mean you have to turn it over, but you and your lawyer will need to have a good legal argument not to turn it over.

10. Myth: There is nothing I can do about the discrimination I face at work.
Fact: There are many things you can do. Sex discrimination is illegal, and if it is happening to you, you should do something about it.

The first nine myths and facts might have been just a little discouraging. Don’t give up. Consider it from a dollars and cents perspective: I and thousands of other lawyers have made a living representing employees who accused their employers of discrimination. We could not have done that if we never won.

Every case is unique; all of the above are generalizations based on seeing a lot of cases over time, and this article is not legal advice. Many women before you have gone after prejudiced employers and made them pay, and it may be that you have a strong case, a strong stomach, and a good lawyer who can make you one of those women. You have the right to be treated equally – if your boss is breaking the law, he should suffer the consequences. Don’t decide to throw in the towel without seeing a lawyer about your individual circumstances. One good place to find a plaintiff’s employment lawyer is the National Employment Lawyers’ Association.