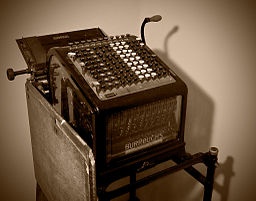 I have a confession: I have yet to spend less than I make since I started at a non-profit seven months ago. I’ve had some help along the way (gotta get those tax returns in early!), and I have found ways to scrimp and save, but I am always, chronically, over budget. Given the state of the budget debate in Congress, I doubt they could even figure out a way to balance mine at this point.

Here’s the thing – as I’m sure you all know – you have your fixed expenses and your variable expenses. These terms would seem to imply a clear dichotomy, but I now propose that it is not clear. It is not clear, at all. Things that seemed variable a couple months ago now seem fixed and those things that were “fixed” are still fixed, but are becoming increasingly burdensome (and I’m resenting the fixedness of their position).

To help you avoid this same trap, let’s pretend, for a moment, that we are doing exactly what we should be doing, aka living within our means. The first step to doing this would be identifying your fixed expenses. These tend to be things like rent, loan payments, insurance, utilities, etc. The key to living on less is making these expenses as small as possible. I did this, to an extent. I moved into a less expensive apartment, for instance, but it certainly wasn’t the cheapest option around. I made an executive decision that I just couldn’t handle a roommate and I didn’t want to leave the city, so I determined, at the outset, that if I was going to be home more and not spending money then a slightly more expensive place with a lot of amenities, including a gym would be perfect. I figured I would save overall because I could get rid of the gym membership that I had (and wasn’t using, which should have given me some hints as to the frequency with which I would use the “free” gym).  Needless to say, even for how relatively cheap this place is, I could have done a lot better and would probably be in a much better position as far as my variable expenses are concerned.

I knew that there were a lot of things that I was happy to live without. I got rid of cable ($200/month) and got Netflix ($8). I started volunteering at my yoga studio so that I would get free, unlimited access to classes ($79/month). As it turns out, though, I don’t like being along all the time and I end up spending a lot of money to hang out with my friends. This is a very difficult situation because I want to see them, but I don’t want to always get dinner/drinks (and usually really can’t). Once the invitation is made though, I almost never turn it down – and this is where a huge pay cut really hurts.

There are a lot of things that I’m more than happy to do by myself, but even if I only see my friends once a month it always seems to become a $100 ordeal. And $100 really matters when you make what I make. Every $100 that I eat/drink is $100 that I don’t have to pay my real bills, in real time. I won’t lie – it sucks to worry about money like this. It sucks to have to be boring and stay in even when you don’t want to.

I say all this to just drive home the point of the last few months. It really pays to be prepared. I have enough savings and have stuck to the budget well enough that I’m not going to end up in a poor house or anything. But, just as important as the preparation is determination.

You will make mistakes. But, every month is a new chance to start over; to re-dedicate yourself to your work and remember why you choose this path. It’s not easy. But, I do think it’s worth it.