Truths about Big Law and Finding Joy in Your Tribe: A Transparent Dialogue with Jennifer House 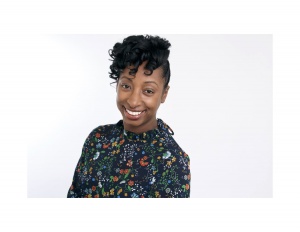 Self-Proclaimed “Law Firm Refugee” Jennifer House spoke with me on some truths working in Big law and how her move to Netflix was one of the best decisions for her. Jen is a Harvard Law alumna, mother, wife, and attorney. In just one hour, Jen kept things very real on her experiences as a black woman working in a field that doesn’t necessarily cater to women—especially women of color. Jen, reflects with me all her experiences: the good, the bad and the ugly. It was absolutely refreshing to hear her perspective on the disparities that women who look like her and I have faced in the legal world.

So often as young women of color, there is an expectation that if you do the work, and work hard, you will be rewarded for that. Unfortunately, there are systematic inequalities at play; and as law-students, attorneys, and women, we must always be cognizant of this system and how to maneuver around it. It is imperative to build, network and gain mentorship and be prepared to pay it forward.

Jen spoke at the 2018 Ms. JD Conference, and it was a pleasure to speak with her.

You currently work for Netflix, briefly tell us how you got your position?

I majored in Economics at Spelman, and I started working in banking after college. When I realized that banking wasn’t long-term for me, I decided to apply for law school, and that was it.

I attended Harvard and while there, I really liked soft IP classes. I had this idea to do entertainment work, so I summered as a 2L at Sidley Austin & Kaye Scholer. Sidley had more of a universal name and coming out of law school I wasn’t entirely sure of what I wanted to do. I knew Sidley had a small soft IP practice I could work in. I liked the work I was doing, but I knew pretty soon that I was not a litigator and it wasn’t something that I was necessarily passionate about. I wanted to get that experience of being in a firm and simultaneously get proper training. I stayed at Sidley for four and a half years.

I knew that I wanted to do specialize in media and entertainment work, so I started applying for in-house positions at studios. At first, I wasn’t familiar with what those jobs entailed so I would go to networking events to get a better understanding of what they do. I happened upon a job at NBC in the television production legal group supporting Bravo and Oxygen. In that role, I analyzed the risks and issues associated with Bravo and Oxygen’s unscripted programming and advised on such issues as defamation, copyright, and right to privacy and publicity.  It was a nice transition from litigation because my job was somewhat of a hybrid between transactional and litigation.  I would draft and negotiate agreements, but also advise on legal issues and handle pre-litigation work. We would read and respond to letters and work with the in-house litigation team in responding and tendering claims.

After a few years on the production legal team, I moved to the Legal Affairs team supporting the NBC broadcast network, handling scripted and unscripted programming.  In that role, I drafted and negotiated talent deals such as actor, director, producer, overall and rights deals, and handled the production legal work related to my shows. After nearly seven years at NBC, I moved to Netflix in May of 2017.

Why did you leave NBC?

NBC was a great place to grow and learn, but Netflix gives me the opportunity to be at the forefront of the changing industry landscape and be a part of that process.  When I joined Netflix, the Unscripted group was very new and small, and I saw the move as an opportunity to help build a group and to help shape that group’s policies and strategies.

Discuss with us, as a black woman what are your experiences working at Big Law?

I had a decent experience at Sidley, but it’s still a large white shoe law firm and the people who were branded as the superstars in my class, and every other class was overwhelmingly white males.  And it was often difficult to relate to the mostly older, white male partners on a personal level, which has an impact on those relationships and can affect who they choose to mentor and sponsor.

In my experience, success in “Big Law” it isn’t only about intelligence or hard work—relationships and fit also play a major role.  And if you’re not seen as being a part of the “club,” it can be a barrier to entry. There were plenty of days where I felt like an “other.”

Navigating in these Big Boys Clubs can be difficult, did you have any mentors to help you along the way?

Carla Harris, who was the first and only black female managing director in the capital market group at Morgan Stanley, was a great mentor. Carla is a true pioneer in the banking business, and despite having an incredibly demanding job, she also carved out time to mentor young banking analysts and associates, pursue her personal interests like singing (she’s released an album) and writing (she’s written books), and philanthropy.  Carla was the first person to teach me how to diplomatically and successfully navigate challenging working relationships and how important it is to become an invaluable member of the team—both lessons I have used and continue to use throughout my career. Even years later, I see Carla’s successes as personal goals, and I strive to be the type of professional that she is.

The number of women entering law-schools has steadily increased over the years, especially women of color. Why do you think the number of graduating attorneys fail to match the number of associates at firms?

The firm I worked at was pretty diverse when I started, but that number kept dwindling for various reasons over the years.  When you look at retention numbers for minorities and women in Big Law, there is this misconception that minority and women associates do not succeed in Big Law—they can’t handle it, and they can’t cut it.  But that’s rarely the case.  There are tons of politics involved.  Typically, you need a sponsor--someone who is going to mentor you, vouch for you and get you on the higher profile projects that can raise your profile within the firm. In most instances, the partners are white men and the attorneys that they develop relationships with and ultimately sponsor are white men. Often times, women and minorities don’t feel supported or encouraged and aren’t viewed as the “golden children,” and eventually move on to other opportunities.  When I left Sidley, they tried to get me to stay, and I remember thinking that it would have been nice to have felt I was this wanted when I was actually still there.

How has having a family impacted your work-life balance?

So, I was determined to find something that allowed me to enjoy a life outside of work. I had often heard that a lot of in-house positions give you that opportunity.  I work hard, but I also want to enjoy my life and have a healthy balance, and I was willing to take a pay cut in order to do that. Even though I’m not working the hours that I worked at the firm, it’s still difficult to only see my son a few hours a day during the week and not always have the time or energy to spend quality time with my wife.  It’s a difficult balancing act, but it’s something I will always strive for.

Knowing everything you know now if you could go back in time and remedy any mistake as a young lawyer what would it be?

I would have been more adventurous in my career pursuits and explored more options. I was always more forward thinking and risk adverse in my career. I would’ve explored different avenues. Once you start working in entertainment, you realize how many different jobs there are within the media and entertainment world. There are creative executives, marketing executives and the various jobs in between that help make TV shows and movies come together. Knowing what I know now, I may have spent the first few years out of college interning at a studio to learn more about the business and see the various options. I would have had the opportunity to ask myself what truly interests me instead of taking the safe route.

It seems that graduates today are taking more risks and are pursuing jobs that truly interest them, which I admire. Whether they’re starting their own business, going into public interest or business development—its smart and gutsy.

There is so much opportunity for that sort of expression right now, and it ultimately makes for a more interesting workforce.