The UC Davis Pepper Spray Incident: Behind the Most In-Your-Face Meme of 2012

By Atticus Lee • April 17, 2012•Writers in Residence,  Issues,  Sexism, Sexual Harassment, and Other Forms of Discrimination 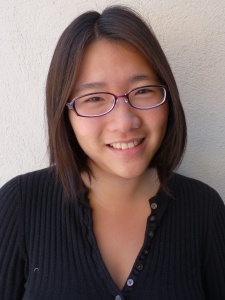 Does that picture look familiar (without the butterflies)? Can you remember what you were doing when you first saw the tragically iconic video of police officers dousing unarmed students in California with pepper spray during Occupy's heyday? Oh good, maybe I'm not the only one! A week before Thanksgiving last year, UC Davis police officers arrived in riot gear to the main quad and demanded 50-some Occupy-ers dismantle their tent city by the bookstore and disperse. When protestors refused and instead linked arms and stood (or sat, technically) their ground, Police Lieutenant John Pike busted out his riot-size can of pepper spray and became the most in-your-face meme of the season.

I currently attend UC Davis School of Law, and last November I watched, aghast, at the Orwellian horror unfolding before my campus. The vast majority of my class and I may have been imprisoned at a nearby Starbucks outlining during the pepper spray incident, but we attended the following campus- and state-wide protests and rallies, some of us as NLG legal observers. We heard the eyewitness accounts of fellow students, grimaced at their physical and psychological suffering, and worried for the future of our university's ranking, ability to attract world-class minds, and safety. My favorite sign from these rallies read:  "UC Davis: #9 in public education, #1 in political repression."{cke_protected_1}

In the 5 months since November 2011, the acts of police brutality at UC Davis have long evaporated from national consciousness (for more exciting things like  Coachella and The Hunger Games) and it is no longer fashionable to debate the methodologies of Occupy [insert noun] while standing in line at Philz. Even the once-viral Pepper Spray Cop meme has faded from popularity (the winner is still Yoda. Or maybe "Twilight"). We were all outraged for a few weeks, but in the bureaucratic maze of the public university system we knew that the right people in the right places would see that this PR nightmare was properly dealt with, and that the parties responsible would face discipline and, in all likelihood, no longer be in power by the time we returned to campus after winter break. Because in America, in California, we don't tolerate this kind of power trip from public servants - not when they're this obviously abusing their authority. Right?

Last week, The Reynoso Task Force, consisting of university-appointed faculty and students and chaired by retired CA Supreme Court Justice Cruz Reynoso, published a long-awaited report investigating the legality of these police actions. Aside from the interesting legal question of police officers' right to privacy in such a publically-available publication, this report lays the blame squarely on UC Davis Chancellor Linda Katehi and the lack of effective communication to her underlings that led to such a heinous abuse of power.

In a nutshell, this 13-member taskforce reports that "the pepper spraying incident that took place on November 18 should and could have been prevented," and escalated to the point that it did because of "a cascading series of errors." This report confirms what we already knew: there was little factual basis supporting Lt. Pike's belief that he was trapped by the protestors or that his officers were prevented from leaving the area, and similarly little evidence that any protestors attempted to use violence against the police at any time.

Aside from the criminal lack of probable cause for Lt. Pike to resort to the use of pepper spray against unarmed nonviolent students, he evidently never received training on how to use such a large and high-pressured canister. According to former Los Angeles Police Chief William J. Bratton, police protocol requires that the canister that Pike unleashed to be deployed no closer than six feet from intended targets. Yet a quick glance at the still frame (see above) from the video shows Pike expelling the toxic contents dangerously close to students' faces.

I know that I am lucky to attend a law school in northern California surrounded by a liberal, educated suburbia and equipped with amenities like 12.6 Thai restaurants per capita and a thriving farmer's market community. But when stuff like this happens, I can't help but panic that I sleepwalked out of my house again and wandered into Texas before regaining consciousness today. But today, I pick on Texas not because it's so darn easy, but because of something that occurred in 2009.

You may recall The Rainbow Lounge raid, and remember the incident as an analogous incident of police abuse of power. In the wee morning hours of June 28, 2009, the Fort Worth PD and something called the TX Alcoholic Beverage Commission raided a new gay bar called The Rainbow Lounge, for no apparent reason. Let's recap:

Incident #1, in northern California: where police officers in riot gear unleashed cans of industrial-grade bear-repellent on unarmed, nonviolent university students seated together on some pavement.

Incident #2, in northern Texas in 2009: where armed police officers raided a gay bar, on the 40th anniversary of the NYC Stonewall Riots, and cracked gay skulls, including the skull of bar patron Chad Gibson. Gibson was hospitalized for a fractured skull and brain hemorrhage after being "choked, pulled back, and slammed into a wall" by police during the raid. In total, police arrested seven for public gayness intoxication and held more than a dozen others without charges.

After the incident in Texas, 2 TABC (TX Alcoholic Beverages Commission) agents and their supervisor lost their jobs, three Fort Worth police officers were suspended, other officers were disciplined, and both sides came to a monetary/ settlement agreement to reimburse Gibson for his hospital bills. Fort Worth Police Chief Jeffrey Halstead created a permanent position in which an officer serves as a liaison between the department and the gay community. The Mayor apologized for the events at the Rainbow Lounge, and the agency increased cultural diversity training and hired five new Community Liaisons, tasked with reaching out to diverse community groups.

Meanwhile, the police authorities responsible for Pepper Spray Cop have been placed on paid administrative leave. Yes, PAID leave, which is what we starving law students call a VACATION. Almost 6 months later, the campus has finally authorized independent experts to audit department policies and training records, to propose needed changes. While Lt. Pike is sipping daiquiris on a tropical beach somewhere (you know, to get out of town, for safety), Acting Police Chief Matt Carmichael will lead a campus forum on the topic. Where outraged students and community members will speak passionately behind wooden podiums, because there's not much else they can do. Where Chancellor Katehi will not be found.

Not a single person has been terminated; Chancellor Katehi is miraculously still employed at this university and promising a "comprehensive action plan"; UC President Mark Yudof has still not called for her resignation even after assuring us all that he really read this taskforce report.

Let's stop letting them get away with it.