By ilise feitshans • July 28, 2019•Issues,  Sexism, Sexual Harassment, and Other Forms of Discrimination 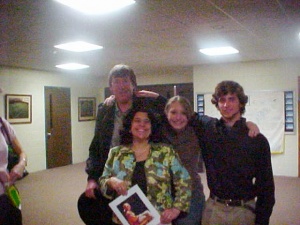 TO: Ms. Najat Maalla M’jid of Morocco
Special Representative of the Secretary-General on Violence Against Children

The Work Health and Survival project, founded in 1999 has addressed legislative questions in the USA the United Nations agencies and in several foreign nations at various levels of government. This testimony supports the Zero tolerance for Violence Against Children initiative of the UN SPECIAL REPRESENTATIVE OF THE SECRETARY-GENERAL in New York City July 15 2019

On September 2015, the new global sustainable development agenda was unanimously adopted by the Member States of the United Nations. The new agenda includes for the first time a specific target (16.2) to end all forms of violence against children, and ending the abuse, neglect and exploitation of children is mainstreamed across several other violence-related targets.

ENDING BULLYING AND CYBERBULLYING AGAINST CHILDREN OF DIVORCE

This testimony by the Work Health and Survival Project addresses the core issue of bullying and cyberbullying by non custodial parents following divorce which does permanent traumatic damage to children. There is wide consensus that few situations harm children more than war and living in a conflict zone. Therefore it is logical that few situations can be more dangerous harmful and with a risk of violence than war between parents who wish not simply to end but  obliterate their marriage: in a word: “divorce “.

In the USA one in three children are raised in single parent homes and only four percent of those homes are headed by men. Thus women represent the major source of financial emotional and material support for children of divorce. Ending bullying of their children is therefore inextricably linked also to ending violence against women whose experiences shape the life of their children.

Divorce has many traumatic consequences but bullying and cyberbullying is one of the most devastating to children-- and most accessible to non-custodial parents who abandon neglect or ostracize their own child. By simply claiming in court that there are “irreconcilable differences” many non- custodial parents obtain a free pass to walk away from any or all parts of their childrens lives.

Bullying children is a weapon of choice for non-custodial parents who often use visitation to grill children about conditions at home, then complain about the custodial situation without actually participating meaningfully in daily activities in order to improve the family situation. This bullying  often masks the economic violence of divorce, which results in a significantly diminished standard of living regardless how lavish the family budget may have been. This economic violence cuts across cultures, economic class and allowsbullying to fester as children experience a decreased standard of living making them subject to various forms of teasing and humiliation.

Without question, divorce is economically devastating to mothers and in turn their children. Even among celebrities, a reduced standard of living and allegations of violence surrounding divorce abound. For example the economic differences between two ex-wives of Brad Putt is instructive in this regard. Pitt married Jennifer Aniston daughter of a known character actor in tv soap operas who is now childless but worth $200 million now that she is aged fifty. By contrast, Pitt's second wife Angelina Jolie, the child of Oscar winning actor John Voight had six children with Pitt, is worth only half as much as Aniston while supporting several children as a mother alone.

Cyberbullying is another highly accessible and cheap weapon that causes violence to children of divorce, as non-custodial parents who refuse visitation for any reason or prefer to socialize in new relationships can attack their children on the internet insisting falsely that they would be there except that the other parent has kept them away, and then use the web for making destructive comments about custodial plans for education, travel or living situations and supporting violent interaction behaviors among siblings in order to make life difficult for the custodial parent, (perhaps in the hope of causing further disruption of the family). For non-custodials who refuse to engage with their children, bullying and cyberbullying is a cheap and easy way to distract children from the underlying issue of parental neglect of parental responsibility; unwillingness to pay for unanticipated family expenses; or inability to solve household problems. This use of bullying by non-custodial parents occurs also in cases where a court has instituted a protective order physically restraining the non-custodial parent.

According to Wikipedia, living in a single parent family is strongly correlated with school failure and problems of delinquency, drug use, teenage pregnancies, poverty, and welfare dependency in the United States. Using multilevel modeling, Suet-Ling Pong has shown that a high proportion of American children from single parent families perform poorly on mathematics and reading achievement tests.In Sweden, Emma Fransson et al. have shown that children living with one single parent have worse well-being in terms of physical health behavior, mental health, peer friendships, bullying, cultural activities, sports, and family relationships, compared to children from intact families. As a contrast, children in a shared parenting arrangement that live approximately equal amount of time with their divorced mother and father have about the same well-being as children from intact families and better outcomes than children with only one custodial parent. The United KingdomOffice for National Statistics has reported that children of single parents, after controlling for other variables like family income, are more likely to have problems, including being twice as likely to suffer from mental illness.

Significantly British and American researchers show that children with no fathers are three times more likely to be unhappy, and are also more likely to engage in anti-social behavior, abuse substance and engage in juvenile delinquency.

Unfortunately, few clear and specific responsibilities tie noncustodial parents who wish to sever their ties to their natural children once divorce has entered a child's life. The culture of easy divorce that allows parents, most often fathers to abandon and neglect their children is a major player in cultivating and perpetuating a culture that approves of violence against children during divorce because this culture enables bullying that not only degrades children and undermines the efforts and goals of custodial parents but also destroys their self esteem.

Additionally bullying and cyberbullying by non custodial parents undermines key relationships that are essential to supporting their development and ability to thrive. Bullying that tells children they are not expected to achieve because they are unimportant is a logical extension of other household violence such as but not limited to gender based violence against Mothers and economically based violence that functions by depriving the family of the resources that money can buy. Since divorced parenting arrangements presume that visitation is a right and not a privilege, few non custodial parents take the time to participate in key school based or family activities and their neglect of their children is not illegal and faces no sanctions. Bullying and cyberbullying fills the void of explanation or presence,

All of these factors make children of divorce more likely to encounter situations where there is violence, less likely to be in circumstances where a caring loving and responsible adult is able to protect them from that violence and thereby risks making Zero violence elusive at best.

Secondary family members or tertiary paid staff fill the void of helping the child. Resulting contact among children with well intended strangers cannot fill the void created by absent loved ones and has uneven results because oversight is subjective and rare. Who knows whether the child has been properly given caretaking or supervision or instruction?

Purchasing such services causes a drain upon family finances, but monthly calculations of family need for custodial parents do not allow for the time value of unpaid work in the household such as driving children to school, driving children to buy clothes and school supplies or attend extracurricular activities or playdates or meet with tutors teachers and class trips. Few divorce agreements require non-custodial participation in higher education expenses and in the USA non custodial parents can exclude their family from their retirement programs and are not required to pay health insurance for children.

It is not possible to quantify the long term harm caused by these behaviors but there is a high social cost to all civil society each time a wealthy or middle class family unit is dispersed into smaller custodial and non custodial entities. This is a violence against children who suffer the most when they are forced by economic circumstances to move from a stable neighborhood and risk losing their contacts at school or with relatives nearby.

Any culture that enables parents to divorce without maintaining non-monetary responsibilities after divorce is therefore facilitating violence against children. The UN Study recommendations provide a navigation chart to accelerate and monitor progress in violence prevention and responses. In view of their particular urgency, the Study identified time-bound targets for three of these recommendations. For this reason, the SRSG gives special attention to them while supporting efforts towards the implementation of the 2030 Sustainable Development Agenda:

the development in each State of a national comprehensive strategy to prevent and respond to all forms of violence, mainstreamed in the national planning process, coordinated by a high level focal point with leading responsibilities in this area, supported by adequate human and financial resources to support implementation, and effectively evaluated;

the introduction of an explicit legal ban on all forms of violence against children, in all settings;

and the promotion of a national system of data collection, analysis and dissemination, and a research agenda on violence against children.

Thank you for your attention and wishing you productive deliberations