By jessie kornberg • December 12, 2011•Sexism, Sexual Harassment, and Other Forms of Discrimination 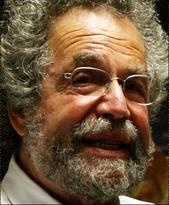 Last week, Dean Larry Sager was asked to resign as the Dean of the University of Texas Law School. The law school community is in uproar over the allegations of a gender wage gap at the school and the disclosure of a series of forgivable loans from the Law School Foundation to various UT Law faculty, including Sager. Professor Stephanie Lindquist has been named interim dean.

I don't know any more about the facts of this case than you will after having read the linked articles, so I'm in no position to comments on the merits of the allegations. But here are some things to keep in mind: study after study confirms that the wage gap persists among academics and professionals as it does in every other sector of the economy. So no surprise if that were also the case at Texas. So far what has been disclosed is that 8 of the top 10 earners on the faculty were men. One of the two women in the top ten is Sager's wife. Not a great start.

A second, related line of research confirms time and again, that the presence of a critical mass of women on compensation or executive committees making salary and bonus decisions is a significant wage gap shrinker. Here again the facts look bad for Texas where there has long been a concern about the underrepresentation of women on budget and compensation committees.

For all the unanswered questions that remain, this story is worth paying attention to now because it exposes another place where attorney compensation is vulnerable to old-boys club maneuvering and gender bias. We have all read, in books like "Just Ask For It," about how men are often paid more because they simply ask to be during their initial salary negotiations. More recently we have learned how, despite lock-step compensation systems, men in law firms often make more than their female colleagues through discretionary retention bonuses and other unpublicized areas of flexibility.

So the UT story fits in to a larger picture of compensation systems that disproportionately benefit men through informal arrangements. While we wait for all the details of the UT story to unfold, I suggest you hunt around and figure out how people are really getting paid at your office.