Waiting for the Smoke to Clear

By Stephanie Carr • April 29, 2019•Writers in Residence,  Careers,  Firms and the Private Sector 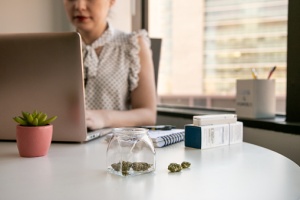 Waiting for the Smoke to Clear

My first post addressed the differences and respective legal status of marijuana and hemp to serve as a primer for the material covered in this blog. In this second post I will begin an in-depth look into a clear area of opportunity: cannabis-related employment law.

Employers need legal guidance to reconcile their workplace drug policies and procedures in the face of shifting state and federal laws regarding marijuana and hemp. Unfortunately, this task is easier said than done given the divergence of legal precedent. As with most areas of cannabis law, attorneys should review specific state laws with a high degree scrutiny, monitor state and federal trends, and anticipate how progressive changes in federal law could impact employers. The following general and specific considerations will assist attorneys hired to modify or create an employer’s drug policies and procedures.

Workplace drug policies should account for antidiscrimination protections stemming from state law. Some states include cannabis-related employment protections in their marijuana legalization statutes, while others defer to court decisions. Relevant state law should be reviewed and compared with the employer’s policy to confirm compliance.

Employers in states where recreational and/or medicinal marijuana is legal should consider whether their policies are congruent with approved state usage and anticipate preemption issues. For example, if an employee uses medical marijuana in a state where it’s legal but her employer fires her after she screens positive for marijuana during a random drug test, can the employee assert protection under state law? It depends. Courts have reached different conclusions about whether federal law, which prohibits marijuana, preempts state law protections. Employers should be aware of both their state’s position and jurisdictional trends.

Employers also should consider how future shifts in federal law may expose them to liability. If marijuana is legalized federally but a company maintains an anti-marijuana policy with no exceptions for medical usage, the company could face disability discrimination charges. In anticipation of future changes, depending on an employer's category under the various regulations, it is worth considering what defenses or options they may have based on their exposure or the employment positions at issue.

Employers also should consider that the recent removal of hemp from the controlled-substances list and the growing use of CBD products will likely increase usage among their employees – which means increased legal exposure for employers as discussed below.

Many employers require drug screening for job applicants or they may randomly test employees – especially employees in positions that carry any inherent risk or danger. On April 11, 2019, a new analysis by Quest Diagnostics revealed that American workers testing positive in workplace drug tests reached a 14-year high last year, fueled by increased marijuana usage in nearly all workforce categories. The analysis was based on consideration of more than 10 million workplace drug tests, and showed that marijuana continued to top the list of the most commonly detected illicit substances across all U.S. workforce categories, while opiate, cocaine and heroin positivity all declined.

Given the uptick in marijuana usage as well as the increased popularity of CBD products, employers should take a fresh look at how they will test employees and react to test results.

Specific considerations for drug testing and screening policies should include:

Although marijuana still is illegal under federal law, recent debates have surged about whether medicinal marijuana use should be covered and accommodated under the Americans with Disabilities Act (ADA). Under the ADA, disability discrimination occurs when an employer or covered entity treats a qualified employee or applicant unfavorably because he/she has a disability. The law requires an employer to provide reasonable accommodation to an employee or applicant with a disability unless doing so would cause significant difficulty or expense for the employer (“undue hardship”).

To avoid disability discrimination claims, employers should consider the following:

Exceptions might be made for employees in certain safety-sensitive or federally regulated positions. Employers should be prepared to identify and defend why cannabis use isn’t appropriate for certain types of employment, if that’s the position they choose to maintain.