By Sarah Cline • June 24, 2007•Sexism, Sexual Harassment, and Other Forms of Discrimination 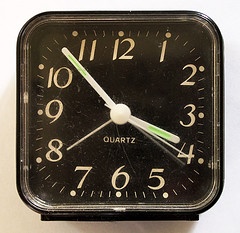 Women lawyers still have a fight on their hands to gain true equality. Unfortunately, the greatest hindrance in this fight may be women themselves, by way of their complacency.

Although history reveals extraordinary cases of American women practicing law since colonial times, it is not until very recently that women's presence in the legal profession has increased beyond these largely unknown and unrecognized crusaders. [1] Abigail Adams cautioned her husband to "remember the ladies" in creating the legal and political structure of this nation, but women had no voice in that process, and as a result their interests were unrepresented and largely ignored. [2] Women were equally voiceless during the formative years of the American bar, as male lawyers developed the structure and practice procedures that would regulate the legal profession. Less than one hundred and fifty years ago, the Supreme Court of the United States affirmed a state court's decision to deny a qualified female applicant a license to practice law on the basis of sex alone, with Justice Bradley proclaiming in his now infamous concurrence:

The natural and proper timidity and delicacy which belongs to the female sex evidently unfits if for many of the occupations of civil life. ... It is true that many women are unmarried and not affected by any of the duties, complications, and incapacities arising out of the married state, but these are exceptions to the general rule. The paramount destiny and mission of woman are to fulfil [sic] the noble and benign offices of wife and mother. This is the law of the Creator. And the rules of civil society must be adapted to the general constitution of things, and cannot be based upon exceptional cases. [3]

Clearly, women lawyers have made great strides in overcoming the prejudices associated with their "natural and proper timidity and delicacy." Today, women account for nearly 30% of the legal profession; women have sat on the Supreme Court, served as Attorney General, and led the American Bar Association. [4] Even more impressive, women comprise about half of all incoming law students [5] and "[t]o the extent that a group of citizens that has not had a voice in the making of the law is now coming into law school, it's an interesting moment." [6] However, it is important for members of the legal community, and especially women in the legal community, to realize that although great strides have been made, perhaps the most difficult steps are still ahead of us. Regardless of our progress, women attorneys have not gained true equality in the law, as they are still a minority in positions of power within the profession, accounting for only 15% of federal judges and law firm partners, 10% of law school deans and general counsels, and 5% of managing partners of large firms. [7] Given the intense obstacles that remain to women's arrival in these positions, including the disproportionate conflict that they experience in balancing work and life, women lawyers still have a fight on their hands to gain true equality.

Unfortunately, the greatest hindrance in this fight may be women themselves, by way of their complacency. As a law student, I have observed this laissez-faire attitude among my fellow female students. Many seem to believe that because they are generally receive treatment equal to that of their male colleagues in law school, and are treated well by those male counterparts, that this is the treatment they can expect once they enter the legal profession. These women appear blissfully unaware that once they enter the legal profession they will be confronted by those last strongholds of prejudice and misogyny that hold firm in our society and in the legal profession. They will be paid less for doing the same job as less competent male colleagues. They will be expected to work 80+ hour work weeks, all while keeping a beautiful house, cooking gourmet meals, and getting the kids to soccer practice on time. They will encounter judges who refuse to hear their arguments unless they are "properly" attired in a skirt rather than a pantsuit. They will be criticized for being too beautiful, not feminine enough, too aggressive, too meek, and most of all, for being female and not male. As much as I wish that my blissfully ignorant sisters never had to face these truths, I fear the worst.

3. Bradwell v. State, 83 U.S. 130, 141-142 (1873) (Bradley, J., concurring). Myra Bradwell was finally granted her license in 1890, and she was also admitted to practice before the United States Supreme Court. Unfortunately, history has denied us the drama of Ms. Bradwell returning to the Court to cross swords with Justice Bradley; she died in 1894 before such an opportunity could present itself. MORELLO, supra note 1, at 21.

5. Id. In fact, in his opening address to Tulane Law School's class of 2007, Dean Poneroff noted that that class was the first in several years to have more men than women, although the majority was slight. At the author's last count, the most recent break-down for the class of 2007 was 52% men and 48% women.