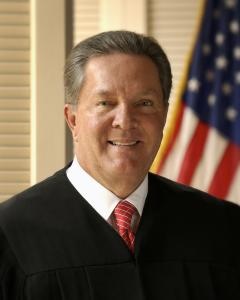 My eldest daughter, Tiffany Smith, who is now a third year law student at the University of Utah, recently alerted me to the formation of Ms. JD and its mission. I write to share some of my recent personal experiences and to applaud your efforts. I was confirmed by the United States Senate on May 16, 2006 as United States Circuit Judge of the United States Court of Appeals for the Ninth Circuit and took my oath of office on June 30, 2006. The oath was administered to me by Chief Judge Mary M. Schroeder, who, herself, was given a clerkship many years ago by my maternal grandfather, Jesse A. Udall, then Chief Justice of the Arizona Supreme Court. Chief Judge Schroeder credits my grandfather with giving her a chance to break into the legal profession in Arizona at a time when most judges and lawyers were unwilling to hire women to work as lawyers, regardless of their academic credentials. My grandmother Udall served on a city council at a time when most people advised her "that sort of thing just isn't done." With such a heritage, coupled with my own experiences as Vice Chairman of the California Fair Employment and Housing Commission, it should not surprise you that I have a strong commitment to hiring at least two highly qualified female law clerks in each clerkship class. Because Ninth Circuit law clerks help research often complex legal issues raised in and write concerning a very large number of cases, I believe that persons with law review experience at national law schools are most likely to have successful clerkship experiences. However, while processing several hundred clerkship applications for my inaugural law clerk class, I was troubled to learn that while women make up slightly more than one-half the number of people in national law schools, far more men than women serve on the editorial boards of their respective law reviews. While I had little difficulty selecting two fine male clerks for my 2006-2007 clerkship class, it took more work to find two outstanding female clerk applicants. Fortunately, a federal district judge and an alert law school placement counselor brought two outstanding female candidates to my attention and I promptly hired them. All my law clerks are doing excellent work. I participated in the OSCAR program for the 2007-2008 law clerk class and received several hundred applications, as well as numerous applications from persons already working either as law clerks elsewhere or with law firms. During that process, I again noted that far more males with law review experience applied (at least to my chambers) than similarly qualified females. Ultimately, I hired two outstanding men and two outstanding women with law review editorial board experience as law clerks for the 2007-2008 law clerk class, but I found one of my female clerks by using the informal network of my current female clerks. I salute Ms. JD's goal to build strong networks among female attorneys and law students. I welcome and will carefully consider for clerkships qualified female lawyers and law students and, when I no longer have positions open, will pass the resumes of qualified female candidates on to interested colleagues on my court. Sincerely, Milan D. Smith, Jr. United States Circuit Judge Follow these links to view scanned images of page 1 and page 2 of the letter from Judge Smith.

What a great insight into the clerkship application process—thank you!! My impression is that Judge Smith’s preference for law review members is shared by much of the federal judiciary.  My experience is that journal membership is a good proxy for commitment and an ability to work hard and long.  However, it has not been my experience that journal work improves your research skills.  So I wonder how useful a guide law review actually is for predicting future performance as a clerk. This summer I heard an anecdote that seems relevant.  During President Carter’s tenure, there was a concerted effort by his administration to diversify the federal judiciary.  One of the most effective tools in that effort was the use of non-traditional evaluation measures.  Previously, only ABA qualification measures had been addressed during Senate confirmations.  If a nominee was qualified according to the ABA’s more traditional measures, that was generally considered sufficient.  The Carter Administration deepened the inquiry, asking organizations like the NAACP and NOW to provide their view of a candidate’s qualifications as well.  The ABA never asked questions about personal affiliations or ideology in assessing qualification, but these new evaluators did.  These new perspectives on qualification helped change the face of the federal judiciary.  I think there are plenty of people that would argue the recent development of the confirmation process is not a positive one, or that it hasn’t been effective enough in diversifying the judiciary.  Nevertheless, I think if you want to change the balance of an employee pool you have to start by evaluating your applicant pool accordingly. Old measures of success are not going to produce a new pool of leaders.

As a member of a law review at a top ten law school, I am happy to report that the ratio of male-to-female associate editors is roughly equal.
However, Judge Smith's letter raises a different point with regard to editorial board positions.  Each law review no doubt has its own method of choosing a board, but at my school, the associate editors desiring a leadership position are chosen by the outgoing board.  There is no transparency in this process.  If we accept the premise that, on average, men are more aggressive about going after such positions (and that women who do the same are viewed less positively), this informal process would be better suited towards producing a male-dominated editorial board.
Finally, I would urge all judges to look beyond law review membership.  Although I chose the more traditional path, several of my classmates have instead carved out their own niches to focus on their passions.  For example, a group of women recently founded a law journal dedicated to international human rights issues.  They didn't do so because they failed to make law review (they founded the journal prior to the writing competition); rather, they loved this particular area of the law and felt it would benefit from additional scholarship.  Such initiative should, I think, be looked upon favorably.