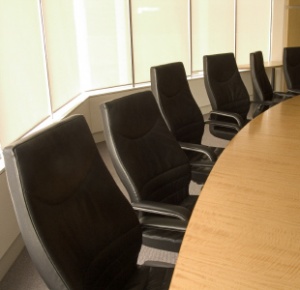 As a woman entering the legal profession I look forward to applying the skills I have learned both academically and socially in the workplace. I have had the opportunity to witness women in different situations succeed and I have also learned from past mistakes that I've made in various social settings with regard to gender equality. Historically, the legal profession is a field dominated by men, but that is slowly changing. There are certain advantages that men have because of this historical dominance and that includes the "ol' boys network" for finding jobs and being promoted. However, I don't want my perspective on women in the legal profession to center around how we are unfairly disadvantaged. Instead, I want to give some insight into some situations that I have personally experienced. In particular, I will write about networking, getting on committees or boards, and working in groups.

There is an age old idiom that finding jobs is all about networking. It's not what you know, but who you know. Generally, this has held true in my experiences. There are however, plenty of ways to get plugged into a community without reliance on the "ol' boys network". I have found that volunteering with pro bono projects and getting involved in community service has opened doors for me. It could be something as small as a hobby, where you meet people playing volleyball or badminton which later manifests itself as a job opportunity. This way is even better than finding jobs through other methods because you meet that person on a friendship level and probably have a better idea of the type of work environment to expect.

Getting on a board or committee may be a tougher, because these positions tend to be even more political, but I have recently witnessed a young woman be appointed to the board for the South Florida Water Management District. Curiously, I asked many people I worked with, how she got the political pull to sit on the board and many answered, that she has proven herself with the extensive work she has done to better the Everglades. I later went online, and was very impressed to see all the organizations that she was leading because of her dedication and success to the cause she has committed herself to. This goes to show that hard work, diligence, and perseverance still do make a difference.

Most recently, I was assigned to work with six other men on a group project for school where we would have to develop a 2000 acre property. The men in this group did not treat me with any respect. On the contrary, on one occasion they brought pictures of topless women to a group meeting. Clearly, this made me very mad, but I didn't say anything out of fear that they would retaliate against me. This was probably the biggest mistake I made and I later suffered the consequences of being treated as less than them.

Looking back at that experience I learned many things that I will take with me into the profession and these include the following: to (1) Always be strong and assertive, never back down or men will walk all over you; (2) Learn to anticipate situations that may lead to trouble (in my case I should have asked to be joined by another woman so that it wouldn't be six men against one woman); (3) Stop anything degrading as it happens instead of waiting until later; and lastly; be a woman of integrity and don't allow anyone the slightest opportunity to tarnish your reputation.

Thanks for the tips! It wasn't entirely clear to me—were the men in your group project classmates? I've had a similar experience. If there's not a critical mass of women around, it seems like some law students feel free to be as uninhibited as they like (in my case, we went to a working dinner at a restaurant near campus, and they spent half the evening pointing out attractive undergrads and speculating about their anatomy). Same thing when I was in a graduate program, I was one of two women with 9-10 men going out to dinner each week, and the professors would start drinking, evaluating the waitresses, and spinning raunchy stories about their most appealing undergrad students. What is that about? Is it a power play to stifle the women present, or is a sheer disregard of the women present? Wait—maybe it's both.