We are the phanthoms . we are not supposed to be here

By ilise feitshans • December 01, 2019•Ms. JD,  Conference,  Careers,  Legal Academia,  Nonprofits and the Public Interest,  Politics and Government,  Issues,  Sexism, Sexual Harassment, and Other Forms of Discrimination, •Features,  Superwomen JDs and What You Can Learn From Them 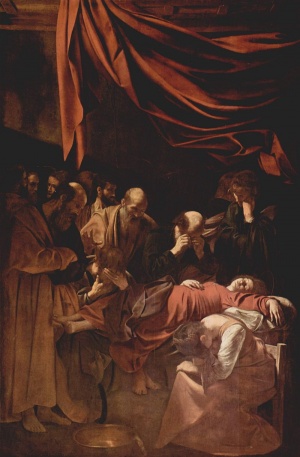 We are the phanthoms.we are not supposed to be here by Dr ilise L Feitshans JD and ScM and DIR

In the middle of the spring semester of second year law school when students have often successfully adjusted to the rigors of a difficult almost military austerity and discipline regime one professor chose to rattle the box of security his students had constructed so very carefully
I don't know why I am here teaching constitutional law professor Roy Schotland proclaimed in his squeaky unsettling voice. None of you are going to argue before the Supreme Court
The year was 1981 and the class was the first class to have a full twenty three percent female student body.  Of course... leading students to hear many sexist remarks about the diminished girth of the student body now that the body referred to  now had breasts. .. We had arrived in a significantly double digits percentage on campus. We were not the first women of famous firsts
We were the first group to be merely women in the law school throng.
The us supreme Court was indeed in walking distance from the campus and all agreed a great place to have lunch which we did often in those days.
He peered out at the female students in particular and continued
What are you doing here?
What I was doing there was following my passion for the rule of law and the role of law for promoting social justice and good causes in society
I had studied for years just to prepare myself to enter law school including clerking in a major new York City law firm for three years-- for free-- yes at my own expense and without college credit because that was the way it was done in those days if you were a girl and wanted extra curricular activities that held credibility to show you sincerely wanted to practice law. I even turned down admission to Columbia University school of international affairs after loving the courses I took there because my advisor stated correctly that such tangents from mainstream law would undermine my credibility as a female law school candidate.
And there he was asking
What are you doing here?
Well I did write briefs for winning teams in the supreme Court of the United States despite my professor
But his question was concise and prescient
At each step of my career instead of welcoming me the legal community and academia in the USA have asked
What are you doing here?
And not in a nice way either. What are you doing here writing a brief that some guy should be writing?
What are you doing here trying to explain politely but firmly the importance of a legal principle articulated by the us supreme Court  just days before to an agency head in OSHA who was my boss and the  Director of health standards when le he ignorantly screamed aloud in the office that he believed that  vacating a standard meant that the case was decided in June so the court was going to take a vacation (!) and that the agency should too...
I can't take a vacation now he shouted why doesn't the court and those damned lawyers understand that unlike them we work all year here in this agency?
What are you doing here?
Asked the ethics officer when I reported violations of agency rules three decades later from my post in Geneva Switzerland at the UN
What are you doing here?
Complaining that your ex-husband is making money off his divorce by ignoring visitation and neglecting to participate in anything relevant to the daily life of his children asked  the judge when I sought modification of an unrealistic custody regime that left me all the responsibilities and blame ( I was awarded full custody after he violated federal laws regarding parental kidnapping) didn't you choose to get married and didn't you choose to have these children?
You are a lawyer you know the law go home and take care of those babies and don't waste the time of this court.....
Well I was there because as documented by Lenore weizman in 1985, divorce was making me poor and I could not afford basic needs for my children  She proved that  no-fault divorce laws exaggerate the existing differences in economic opportunities between men and women, fail to take into account how much marriage and child care reduce women's earnings. And she wrote  millions of divorced women and their children have been pushed into poverty while their former husbands enjoy an increase in living standards.  Weitzman  spent years analyzing divorce records,  talking with divorced couples, lawyers and judges and there I was trying to break that sexist cycle in a court of law.

And when I finally did land a job despite being the full-time sole custodial mom of two thriving children one of whom was disabled
My alumni peers from one of my universities asked
What are you doing here?
Clearly the notion that I had not only the brains but the real life training and experiences as an international lawyer that are relevant to current students escaped them. Because obviously ladies in my generation should have been home all the time..so how could I possibly have the wealth of professional  knowledge of a parallel aged man?

Organizations recognize that male peers of older women are low hanging fruit, ready to give donations as they approach the legacy building phase of  life.

By contrast ladies who worked a bit  for pay and worked very hard without pay in executive management positions as single head of household ...ladies who  were forced out of the workforce to work as slaves in  unpaidchild care  (well actually we paid for the right to do unpaid care so we were economically below slaves)  are not welcomed

What are you doing here?
Alumni staff have asked me in four  universities where I have paid tuition for higher education and obtained their  degrees sometimes with high honors
We  ladies were not welcomed in the workforce when we were young and are not welcomed at the Alumni tables when we  are old.

No self respecting development officer will entertain our requests for programming and networking without a backup check that is at least five million dollars, given our age.
And no career development program will believe that we  older ladies who actually were in the workforce for a large but incomplete segment of their working life have anything professionally valuable to say
The Venn diagram of sexism and ageism  keeps unpaid work home despite a professional degree as our salient feature even among women at professional meetings such as law organizations. Hearing once again at be alumni meetings
What are you doing here?
is just flat out boring!!
When will it be possible to actually go to an alumni meeting with the same recognition and respect that is given to the men without having to fight for the right to be present at the table?

Since you asked...
I know why I am here. Because my work is outstanding my track record is amazing and it is my destiny to to things that will benefit all posterity my organizations of alumni included. Recognizing unpaid but invaluable achievements of older women while also respecting with amazement our professional accomplishments despite obstacles raised by our male peers is the last bastion of exclusion to be deconstructed for equality.  Lets figure out how to use civil rights to remedy this uncivil wrong