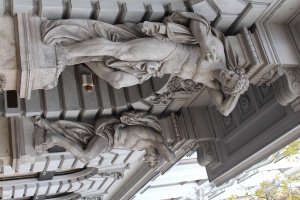 Words are powerful.  They are prolific.  Words can pack a powerful punch.

We know better than most that words can build something sparkling and wonderful.  Make people believe.  Bring them to your side.  Inspire them to do great things, face great challenges, and move mountains.

But words are also dangerous.  They can destroy, harm, topple people and governments.

We are guardians of this magic, masters of the words.  Lawyers yearn, strive, and work diligently to become master word smiths.  But do we to recognize the unique challenge of being a modern day word wrangler?

Thinking back to basic trial advocacy, I bet you can remember your law professor clearly stating – never ask a question in court if you don’t know the answer.  The court is your orchestra and you the conductor.  You are taught it is imperative to know every instrument, every witness.  Know the notes that come next, you better know the answer.  One unintentional flicker of your wrist and the wrong note is played by the wrong instrument.  Disaster strikes as the unanticipated answer emerges from the beautiful symphony.  You did it, asked the question without knowing the answer.  You let the words loose.

In today’s society words are everywhere.  We are inundated, overrun and exhausted.  Can you even escape the words?  Blaring from your television, pinging you through emails, following you in Facebook, tweeting at you, hollered from opponents, lathered on by loved ones.  Words are everywhere.  Used carelessly.  Often tossed about without a second thought to their meaning or impact.  Or maliciously spat at another, but hey, that’s okay since they are only words.

We know better.  Only words.  They aren’t only words, but powerful tools used to build or weapons to destroy.  We have all heard the adage – the pen is mightier than the sword.  The phrase is credited to an 18th century English novelist and playwright and has been often quoted.  The Army Judge Advocate General’s Corps embodies this in the branch insignia of a gold pen crossed above a gold sword.  Even Star Wars comics recognize the power of words, a Dark Lord of the Sith, has been noted as saying, “I am not a man of words.  But I respect the power of words, for that is what transformed me.”

Fellow lawyers, what I ask you to do as guardians of the words is not only use them carefully and studiously, but use them less.  Weigh what you have to say and consider how best to say it.  As Budda is credited saying, “whatever words we utter should be chosen with care for people will hear them and be influenced by them for good or ill.”  Philosophers, writers, leaders, bloggers, journalists, politicians, lawyers – all know the power of words.  What we need to reminder ourselves of is when does the power need to be used?  Should be used?  Versus when we want to use it for some gain or through thoughtless error.  Even the Bible cautions, “The one who guards his mouth protects his life; the one who opens his lips invites his own ruin.” Proverbs 13:3

So, looking back to my trial advocacy class, while you always need to follow the time tested rules of litigation practice – I think it may have missed the mark for life.  We long for, yearn to ask the unknown question.  Instead of filling the room with question after question, endless words upon words.  I say stop – stop asking all the questions you know the answer to.  After careful and thoughtful contemplation – go for it.  Ask the question you don’t know the answer to.  Sit back.  Be silent.  And learn.  As “Silence is true wisdom’s best reply”.  Euripides, Greek playwright