What All Lawyers Need to Know about Origination Credit 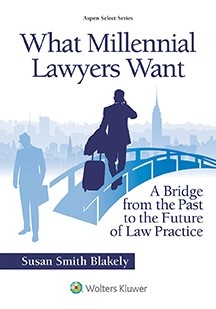 If you are a lawyer just beginning your career, you probably don't spend a lot of time worrying about origination credit.  In fact, maybe you never heard of the concept.  That makes sense.  You have a lot of other things to worry about that affect you on a daily basis in pursuit of improving your skills and becoming the best lawyer you can be.

But there is a difference between "worrying about" and "being informed about."  As far as I am concerned, every private practice lawyer, regardless of experience, needs to at least be familiar with the concept of origination credits.  To be uninformed about them is to be unfamiliar with one of the things rocking the legal world at this point in time.

Origination credit is a lot what it sounds like.  For past generations, the lawyer, who brings the client to the firm, gets some credit for future work done for the client even if he or she never spends another hour toiling away on work for that client.

So, a lawyer can "originate" the client but never work on the client's matters again and still lay claim to a part of the proceeds generated by the client work.  And on a permanent basis.

The result is that the lawyers currently working on a client matter are not getting credit for all of the time billed because the originating lawyer, who is not working on the matter at all, is skimming off the top based on the origination event and may even be receiving the bulk of the compensation.

If that sounds unfair to you, you are in the company of many others who believe this is an antiquated concept and needs revisiting.  In fact, this alleged unfairness is at the heart of some of the very visible gender and diversity discrimination law suits pending against Big Law today.

To learn more about this concept and from the perspective of an in-house lawyer, see https://www.law.com/corpcounsel/2019/09/02/change-at-the-start/.

You will also read comments from seasoned partners, who have benefited from origination credits throughout their careers but who also see the unfairness of the system.  Like this comment from Patricia Gillette, who I know and admire:

"[The system of origination credits] ensconces lawyers in a position and rewards them over and over again, and it creates silos rather than teams.  You can get credit for the rest of your life; it doesn't give room for others."

This is not to say that origination credit is not important or that the concept should be thrown out as the proverbial baby with the bath water.  But a compromise where the relationship partner shares in some of the origination credit may be in order.  That would seem fair.

And fundamental fairness should underlie everything we do in the law.  Former Supreme Court Justice Felix Frankfurter said it best so many years ago, and I agree!