What does BigLaw Mean to Women?

By Peg Johnston • November 30, 2007•Firms and the Private Sector 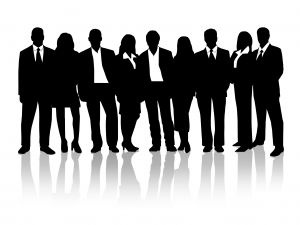 There is an interesting story on the front page of the Washington Post today about a female 3L at Georgetown that is torn between taking a big firm job that could really help her pay off her debt or turning it down to try for a public interest fellowship that she really wants but that doesn't hire until March of next year.

The story portrays this woman as really distraught by the idea of working for big law. She all but casts the position as a sell-out job for somebody like her that wants to change the world, help the little guy and maybe be an academic. The story is entitled, "A mixed blessing for aspiring lawyers." I assume the mixed blessing is the high salary combined with the crappy work.

Because I wasn't torn at all by my decision to work in biglaw I can hardly relate to the subject of this story. However, it got me thinking about the recent NAWL survey of women in law firms that I posted about here and here. The underlying assumption of that survey and the related report is that the presence of women at law firms is something important, good, and an indication that we women have sort-of "made it" in the legal profession. The report classifies a higher percentage of women at a firm as favorable and women leaving firms as bad. However, the WaPo story indicates something very different.

Maybe success (or even a job at) biglaw doesn't matter to women. Maybe even such a job is seen as inferior to many women and they take such jobs reluctantly as some sort of punishment or sentence until their school loans are paid off and they can pursue what they truly love about the law. Maybe that is what this commenter was talking about when she said that the only reason she can see for taking a biglaw job is money.

So, women, are you working at biglaw as some sort of self-induced sentence? Are you just there for the money? If so, maybe you women are smarter than your male counterparts because you aren't convinced that a biglaw job is the definition of success. Maybe you are playing a man's game, after all, and pretty successfully at that. By that I mean, the sort of game where you recognize a good opportunity, seize it, lie about your motives when it's necessary, take what you need and then move on. The other sort of game (one that would be more female, if you will) would be one where you care about and try to build relationships and one where you look inward to what really matters to you and pursue that professionally as well as personally.

I know lots of men who feel the same way. Anyone who likes the idea of public service but isn't willing to brave the small paycheck on top of their (probably) huge student loans will be reluctantly drawn to biglaw.