What *exactly* is free speech under the 1st amendment?

Lately there's been a lot of legal buzzwords and buzz phrases thrown around in the news. Free speech, First Amendment, hate speech are just a few of these. This post will give an overview of the legal basics about free speech.

The First Amendment of the United States Constitution states: “Congress shall make no law respecting an establishment of religion, or prohibiting the free exercise thereof; or abridging the freedom of speech, or of the press; or the right of the people peaceably to assemble, and to petition the Government for a redress of grievances.”

But what does that actual mean?

The biggest difference between fighting words and inciting violence is that Inciting speech is characterized by the speaker's intent to make someone else the instrument of his or her unlawful will. Fighting words are intended to cause the hearer to react to the speaker.

And remember actions can be speech as well. That’s why there’s such a big debate right now over whether the recent Neo-Nazi rally in Charlottesville was protected or not. Yelling “Jews will not replace us!” while branding dangerous fire lit torches is arguably not just speech or hate speech. Those actions could be interpreted as inciting violence, fighting words, and true threats. 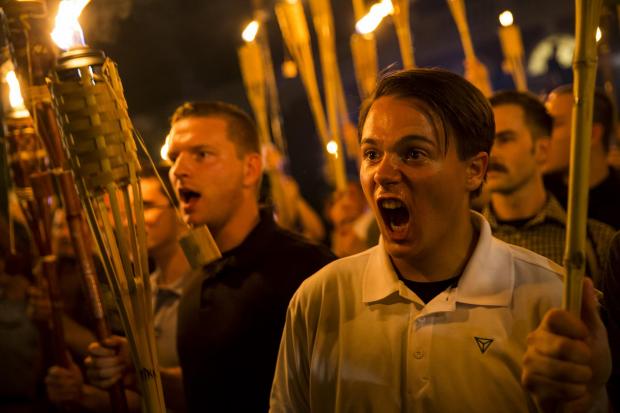 Hate speech is protected pretty strongly here in the States and the landmark SCOTUS Whitney v. California decision determined that "to justify suppression of free speech, there must be reasonable ground to fear that serious evil will result if free speech is practiced" and "there must be reasonable ground to believe that the danger apprehended is imminent." So you *can* call some random person a "Nazi c**t" or say “F**k the draft/government/president/etc” on Twitter.

And what does that not mean?

The First Amendment does not protect you from:

Like the rest of the federal constitution, the First Amendment protects us from the government, not from private companies, which may be able to fire or otherwise punish you for stuff you say, even if it's outside of work. The laws protecting the free speech of private employees vary from state to state, aside from specifically protected speech like labor organizing.