What is the number one piece of career advice that you have received? 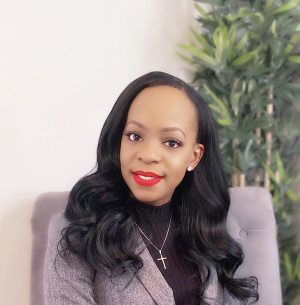 In the wake of social media, it’s easy to get bogged down with someone else’s success making one feel inadequate, ineffective, under-accomplished or even unworthy. A successful woman once told me, never compare your success or lack thereof with someone else’s because the key to contentment is self-awareness of one’s own abilities. I believe this holds true not only in the legal profession, but with any profession.

Whether you’re on Facebook, Instagram, LinkedIn or the like, scrolling through others stories, post or pictures can place you in a state of depression. Often times, people post innumerable content on social media that either hints or depicts what one considers amounts to success. For example, people post their vacations overseas, promotions at work, a new car, a new home, marriage proposal, weddings and new additions to their families.

Social media is often a glimpse of someone’s life, and not their entire life. People highlight their success, while not understanding how sharing their struggles/failures may be just as important. I had numerous Facebook friends message me throughout law school and after I became an attorney and congratulated me on my accomplishment. I quickly shared with them that although I’m an attorney, I too, struggle and fall short at times. I share my success stories in hopes of being an inspiration to others. However, I have just begun to realize, sharing my failures can also be inspiring.

Recently, a friend of mine, a successful attorney, posted a gorgeous photo of her strutting down a runway. At first glance, one would consider her photo a “success”. She’s an attorney, now model, and is simply glowing. Well guess what, as she strutted down the runway, she fell off stage. Reading that was truly heartbreaking. She shared her failure (or what she characterized as a failure) with Facebook. She reminded her viewers to give themselves mercy if they are not where they want to be in life at this very moment and encouraged them to keep striding.