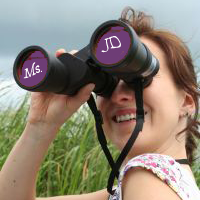 I ignored this story as long as I could. Last week Christina Binkley published the article, "Law Without Suits: New Hires Flout Tradition." She subtitled it "Young Attorneys' Casual Attire Draws Criticism at Big Firms; A Crackdown on Ugg Boots." And that... was pretty much the whole story. A few senior partners at Big Law firms went on record to say that basically, some junior associates dress like slobs. Sara Shikhman, a 26-year-old associate from Cadwalader, Wickersham & Taft, went on the record to say "Getting up in the morning and putting on a suit is hard," which mildly embarrassed women like myself on behalf of our generation and our gender. I hope her words were edited out of context (as in, "Putting on a suit is hard... but you suck it up and do it when you need to.") Anyway, I was hoping that was what she'd said.

Oh, and there was also a male partner--Tom Mills, of Winston & Strawn--who apparently had to apologize to female associates at his firm for commenting on their dress. Here's what he had to apologize for:

Mr. Mills says that when some associates do make an effort to dress up, they seem to base their look on Hollywood. "You get the TV-woman lawyer look with skirts 12 inches above the knee and very tight blouses," he says. "They have trouble sitting and getting into taxis."

Why did Mills have to apologize? The way Binkley tells it, he didn't necessarily generalize to say that "all" or even "most" female associates dress too provocatively. Just "some." I don't find that hard to believe, or anything to apologize for. He didn't make any claim about female associates in general.

What am I missing?

Yet today Above the Law took news of Mills' apology as a chance to ask readers whether it's "Time for Winston Women To Go Burqa Shopping?" Let me say that I like ATL, it does some good reporting and seems to have a sense of humor. Sadly, some of their readers don't always get the satire. Instead commenters at ATL, insightful as ever, took the opportunity to have unprintable discussion #973 about (a) how female lawyers dress slutty/are sluts (but who cares because they'll be leaving to have babies soon), or (b) female lawyers should dress even more sluttily because male colleagues and clients should be able to take in the view, with caveat (c) that "fat piece of trash" lawyers have no business whatsoever in the workplace, much less "dressing like Ally McBeal."

Stay classy, anonymous ATL commenters. I'm so glad to share the profession with you.