What Women in Other Industries Can Learn from Women in Privacy 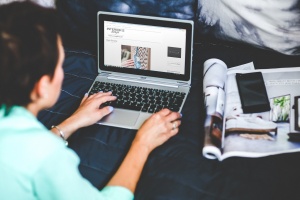 In a business world plagued by gender disparity, careers in privacy are a welcome oasis of equality. “Women and men who are coming into the privacy profession can be confident that they'll find a modern and balanced workforce and that they'll be rewarded for their experience and expertise, not their chromosome count,” the International Association of Privacy Professionals (IAPP) proudly declares. Women seem to thrive in the privacy profession, a fast-growing technical and interdisciplinary field that incorporates technology, social issues, and public policy.

The most recent survey by IAPP shows that women are equally represented and compensated in the privacy field. First, there was a 50-50 split between women and men survey respondents, indicating a more even gender ratio. Second, the reported median salaries for privacy professionals are virtually equal between men and women, with the slight gender gap closing amongst certified privacy professionals. And the cherry to top it off: women are as likely as men to hold leadership positions in the field.

The fate of women in other fields is less optimistic, however. It is well known that in the United States, women make 77 cents for each dollar that men make, even though women make up 57% of the US labor force. Although women hold almost 52% of all professional-level positions, they make up only 14.6% of executive officers and 4.6% of Fortune 500 CEOs. They also hold only 16.9% of Fortune 500 board seats, with 24 Fortune 500 companies lacking any women on their boards.

Of course, women aren’t to blame for the gender gap — much of this disparity is due to the historical exclusion of women. There are, however, ways women in other professional fields can pursue the same success enjoyed by women in privacy. Here are ways professional women in all fields can achieve gender equality and parity sooner, based on what has worked for women in privacy:

1. Find an uncharted area, and make that your niche

Privacy is a newer field with no established barriers to entry. In fact, women contributed to the field’s growth and development right from the start, according to Merck CPO Hilary Wandall. Fortunately, today’s culture is all about innovation, which continually presents new opportunities for women to get on the ground floor from day one. Thus, professional women should boldly embrace new, uncharted areas and opportunities in business, taking advantage of the clean slate. This applies to more traditional fields as well. For example, women in law should seek out innovative new practice areas, such as startup law.

Privacy is a rapidly developing field where everyone — both men and women — is learning on the fly and practicing through uncertainty. Thus, gender differences in confidence and imposter syndrome may not be as great, which causes a smaller gender pay gap. Research attributes the US gender pay gap in part to women’s lack of confidence, even in women at the highest levels. Although today’s business world accepts women, women experience much less “socialization of leadership” than men, leading to a lack of confidence. One psychologist concludes: "[The women] were as able as the men were. What held them back was the choice they made not to try." One strategy that we’ve employed is to not think of trying as an opportunity to fail. Instead, choose to view the number of times you’ve tried and failed as steps that take you closer to success.

3. Seek out professionals who have gone before you

In the privacy field, openly and frequently reaching out to other professionals, both women and men, is an everyday phenomenon. There is a sense of community regardless of gender that has developed over the past few decades. Privacy professionals stick together likely because the risks are high and changes come fast. Most privacy professionals are also very generous in sharing their time and expertise. Women can cultivate this environment in their own industries by openly seeking advice from other professionals and freely offering their own expertise. Building gender-inclusive communities can help diminish the gender gap.

There are several groups in privacy that facilitate support for women. The IAPP has the Women Leading Privacy group. There are other independent groups, such as Women in Security and Privacy (WISP),  which aims to provide advocacy, networking, mentoring, and leadership development to advance women in the privacy and security industries. Similarly, women should pursue professional women’s groups in their own industries to draw upon the resources and experiences of other women. The CLUB Silicon Valley - An Incubator of Women Leaders andLeading Women in Technology are two groups that promote the advancement of women in the tech industry, for example. Outside of tech, there are several industry-specific groups that focus on uniting and empowering women. LinkedIn is another great way to find industry-specific women’s groups. Professional women can also join regionally based groups, such as local Lean In Circles. Seeking gender equality as a group is empowering and shows the industry the importance of the issue.

Although the business world’s gender inequality situation may seem overwhelming at times, the privacy field is an inspiring example for a more equal future. Professional women should use these strategies from women in privacy as they pursue gender equality and parity in their own industries. The gender gap won’t be repaired overnight, but professionals can and should take the initiative to counteract inequality in their individual careers.

This article is co-authored with Lourdes M. Turrecha and originally published by the Association of Corporate Counsel (ACC) Docket.