What You Don’t Learn During 1L: Seeing the Practice of Law Firsthand 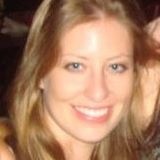 Editor's Note: We are pleased to share this update from our 2013 Public Interest Scholarship Winner Samantha Morgan.

I'm about 5 weeks into my internhip at Vermont Natural Resources Council and already I've learned so much. As much as you learn during 1L year, it quickly becomes apparent how much you don't learn about actually being a lawyer. One of my first assignments at my internship involved researching and drafting a motion to be used in conjunction with the organization's current litigation. Since I had practiced writing such motions during 1L year, that part felt relatively familiar. But then came time to file the motion, and I realized I didn't know the first thing about how to actually get this document into court. Our supervisors showed us how to make copies for each of the parties, prepare a certificate of service, and file the motion at the courthouse.

I am also seeing the process of litigation firsthand because my organization is currently involved in hearings at the Public Service Board. Before this experience, I knew a few basics of litigation from Civil Procedure and, at times, TV shows. Here, I'm constantly learning new terms and procedures, such as motion in limine and moving exhibits into evidence. Perhaps one of the most fascinating parts has been watching the lawyers interact with each other. Like any litigation, the hearings have at times become somewhat contentious, with each side objecting to the other and arguing their point. However, once the hearings break for lunch, I have been surprised to see some of the lawyers put their differences in this case aside and interact in a friendlier way. It struck me that a successful lawyer probably has to cultivate an ability to separate professional disagreements from personal life in order to remain passionate about the cause, while at the same time maintain sanity and not be offended by courtroom conflict.

Another thing I'm learning is how to adjust to the 8 to 5 workday. Because I went straight from college to law school, I had never experienced a traditional 40ish hour workweek, and although I had certainly put in a lot of hours during 1L, this more traditional schedule is a different kind of pace. As a student, you are generally free to make your work schedule however you want, and although it may be packed, it's overall yours. When you are working for an organization or company, and not just for yourself, the dynamic shifts and you have to start thinking on a broader scale: what works best for the organization? How can I organize my time to best serve their needs? It's a more collective viewpoint, and one that is, at times, in conflict with the individual-centered mindset of law school.

These are just a sampling of things I have learned so far that I never learned during 1L, and that I think really can only be learned in an internship setting. Hopefully, I will continue to learn just as much during the second half of the summer.