When School Districts Undermine Title IX - On the Field: Women in Sports Law

By Tatum Wheeler • September 28, 2018•Ms. JD,  Writers in Residence,  Issues,  Sexism, Sexual Harassment, and Other Forms of Discrimination,  Women and Law in the Media,  Other Issues 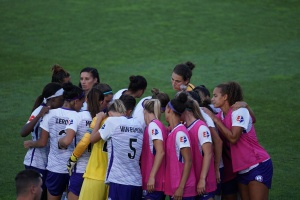 Following the announcement, lawyers such as Elizabeth Kristen, Director of the Legal Aid At Work’s Gender Equity & LGBT Rights Program, have been working on Title IX cases against OUSD. There has also been an outpouring of funding from anonymous donors and local professional sports teams. The Oakland Athletics, Golden State Warriors, Oakland Raiders, and San Francisco 49ers have each donated money to save Oakland high school sports.

To understand the application of Title IX to athletic funding, I turned to UC Irvine Associate Chancellor Kirsten Quanbeck who serves as the Title IX Officer and Director of the Office of Equal Opportunity and Diversity. Ms. Quanbeck explained institutions receiving federal funds must adhere to Title IX in all programs, including their athletic programs. The 1979 Policy Interpretation of Title IX by the U.S. Department of Education’s Office for Civil Rights requires that institutions satisfy one prong of a three-prong test to ensure they are providing nondiscriminatory participation opportunities for both sexes in their athletic programs.

The Policy Interpretation states that “Compliance will be assessed in any one of the following ways:

(1) Whether intercollegiate level participation opportunities for male and female students are provided in numbers substantially proportionate to their respective enrollments; or

(2) Where the members of one sex have been and are underrepresented among intercollegiate athletes, whether the institution can show a history and continuing practice of program expansion which is demonstrably responsive to the developing interest and abilities of the members of that sex; or

(3) Where the members of one sex are underrepresented among intercollegiate athletes, and the institution cannot show a continuing practice of program expansion such as that cited above, whether it can be demonstrated that the interests and abilities of the members of that sex have been fully and effectively accommodated by the present program."

Ms. Quanbeck shed some further light on these tests. An institution only has to meet only one of these three prongs, no more, no less.

(2) Prong 2, however, leaves more room for interpretation. As Ms. Quanbeck remarked, “what does a history of adding teams really mean? Just because an institution added women’s tennis in 1985 does not mean that they are meeting the nondiscriminatory participation requirement. We have to have some better analysis here.” Ms. Quanbeck stated that the Office for Civil Rights has been more stringent in its exercise of this standard; requiring a pattern of historical inclusion as opposed to a one-off team addition.

(3) At first glance, Prong 3 seems to be a fallback for institutions that cannot meet the other two prongs. It asserts that when an institution cannot meet the other two prongs, they must demonstrate that the “interests and abilities” of the presumably underrepresented sex are “fully and effectively accommodated” by the program. Ms. Quanbeck articulated the aim of this prong as broadly ensuring institutions do not discount opportunities for one sex.  To comply with this prong institutions often use surveys to determine if there is sufficient interest in a particular sport.  In addition, the institution must assess the reasonableness of the athletic opportunity, for instance, the number of interested potential athletes for that team, equitable facilities, and coaching, the availability of competition.

Although school districts do not generally offer the same resources as institutions of higher education, and large institutions like the University of California, Irvine at that, it is helpful to understand how institutions make decisions regarding Title IX. Ms. Quanbeck reported that the University of California, Irvine ensures that it is providing “substantially proportionate” opportunities as part of Prong 1. Ms. Quanbeck’s office “works closely with the athletic department to monitor the rosters” of men’s and women’s teams to ensure that they are reflective of the makeup of the student body. Additionally, the equitability of the sports experience is watched closely. Through a yearly analysis, the office will ask questions like “are the women’s teams in vans driven by the coach while the men’s teams have luxury buses? Are the locker rooms equally equipped? Do the teams have access to the proper equipment?” There can be some differentials here, but it is important that on the whole, men’s and women’s athletic teams are given the same opportunities. Finally, any decisions that would impact Title IX are weighed heavily and analyzed carefully before implementation.

Title IX is particularly crucial as it can affect federal funding to the institution. For institutions that do not follow one of the prongs of Title IX, the federal government can cut off their funding. Based on its 2016-2017 budget, Oakland Unified School District receives approximately 8% of its budget ($43.5 million) from federal funding.

At the time of writing, girls' tennis, golf, and lacrosse have returned, and swimming and wrestling are extremely likely to return.

While I am thrilled that these student-athletes will be able to return to their sports, including those seniors who are working towards athletic scholarships, I can’t help but be disheartened by the fact that girls were an afterthought. It was only after the public outcry of the sports cut that Oakland Unified School District “became aware of the gender imbalance.” Additionally, it seems that it was only following the public outcry regarding Title IX that OUSD took the time to think about gender equity.

The Oakland Unified School District announced on August 24, 2018, that they are “vocally calling on leaders around the Bay Area, [and] industry around the Bay Area, to step up and support our kids.” This begs the question, was Title IX even consulted? Moreover, what could this mean for institutions that don’t receive federal funding? If a large school district with about 50,000 students (~13,000 of which are in high school alone) and a budget of roughly $520 million, under the liberal Bay Area’s watchful eye almost let this happen, what does this mean for less high-profile districts?

I don’t have answers to these questions, but one potential place to start seems to execute at the district level what has occurred at the collegiate level: appointment of a high-level, visible Title IX officer that has the experience and resources necessary to analyze and address all gender equality issues, including those in athletics. I hope that with a more prominent role for its Title IX coordinators, school districts would always be “aware of the gender imbalance.”