Who Do You Expect Will Discriminate Against You?

By jessie kornberg • May 16, 2011•Sexism, Sexual Harassment, and Other Forms of Discrimination 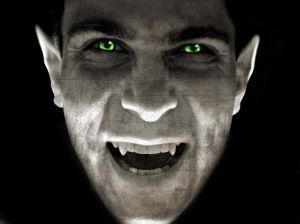 Above the Law's David Lat recently posted the news of a discrimination suit brought by an associate against Ropes & Gray. Before sharing the details of the suit, Lat introduces the firm:

Of course, many top firms have excellent lawyers. The Ropes attorneys were also… nice. They were polite, and genteel, and not difficult to deal with (in contrast to some of their co-counsel). They met my expectations of what lawyers from an old white-shoe firm should be like.

In light of this overall Ropes & Gray “niceness,” it’s a bit surprising to see discrimination claims lodged against the firm.

Nice people don't discriminate. This is a commonly held view, but one with which I fervently disagree. Perhaps, nice people don't intentionally discriminate, but everyone discriminates. Implicit bias is pervasive. Maybe nice people are more attuned to it and quicker to catching themselves in the act. Maybe nice people are more likely to take corrective action when bias comes to light. But maybe not - you can be perfectly polite while assuming that a young mom with small children probably doesn't have time for a high-pressure deposition out of town.

My employment law professor said something at the beginning of the semester like, "There are two types of people in this field: those who assume there is discrimination in the workplace and those who presume a workplace free of bias and inequality. Neither perspective is the 'right' one, but your view of the cases will be colored by your position on the question."

Obviously, I fall into the first group, the one that assumes discrimination is the norm and not the exception in the workplace. But I think people misunderstand that viewpoint and then think I'm accusing everyone of being chauvinists. I'm not. I just think it's human to discriminate.

What's really nice is when you recognize that and implement safeguards in your institutions to eliminate the management areas most vulnerable to bias (subjective, open-ended evaluation, informal mentoring, ad hoc work assignments, all-majority promotion and compensation committees, etc.).