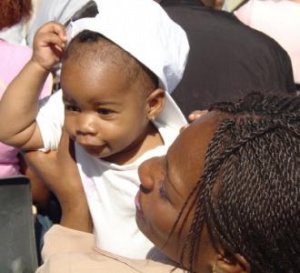 When I first entered law school, I never thought that my gender would in any way impede my success in the legal profession. I had not previously experienced any educational discrimination regarding my gender, and so far the past has remained true throughout law school. I did well in all of my classes, voiced my opinions, and was treated equally regarding class discussions. However, a guest speaker who visited during the middle of second semester changed my view of the role my gender would play in my legal career after law school.
The guest speaker's topic of discussion was what to look for in legal employers during the recruiting process of 2L and 3L years. What struck me were his casual, though poignant, warnings to women regarding employers. While many of these warnings were broad, they seemed to stem from a central truth: the legal profession is simply harder for women to navigate than for men. For example, the guest the speaker cautioned that women should be prepared for greater hurdles regarding when they could expect to make partner, including receiving more ambiguous responses when asking employers about this timeline, and needing to appear more aggressive and dedicated than their male counterparts. The speaker also advised women to ask about things like maternity leave and part time employment after having children, warning that some firms are much more accommodating than others. Additionally, the speaker advised that women ask other women associates at the firms these questions, not males or those involved in the hiring process because such questions were likely to spark removal from consideration. It was after this talk that I remembered hearing other bits of "advice" from women regarding the legal interview process:

"Never say that you are in a relationship or planning to get married--for all intents and purposes, while you are interviewing, you are single."

"If you are married or engaged, take off your ring before you go on an interview, because if employers see it, they will automatically assume kids are on the way and that your job will take a back seat to your family."

While I have never felt, and still do not feel, that my intellect is in question in the legal environment because of my gender, it has become more and more clear that my ability to "be a good lawyer" may come into question because of my gender. I intend to have children, and I intend to dedicate myself to those children. And, in fact, if a choice needed to be made, my legal career, or any career for that matter, would take a back seat to those children and my family. But I do not feel this is a certainty felt, or a role filled, by women alone. I believe that given the choice, men would, and do, choose their families over their careers. It is, however, just not culturally acceptable for a man to sacrifice his career for his family when he has a wife who "should" be the one making or sharing in the "sacrifice."

While I know that the actions of legal employers are in response to the actual actions of many women, it is the employers' association of such behavior with not being a "good lawyer" that is bothersome to me. A person need not be solely dedicated to his or her career in order to be a good lawyer; excelling in one's chosen profession, especially the legal profession, should have standard criteria that far exceed the mandates of one's personal life, including dedication, but also intelligence, justice, passion, and fortitude. Quite simply, being a good lawyer cannot be measured solely by the time one spends at the office, and for employers to imply as much by restricting applicants in such a manner only minimizes the magnitude of the legal profession.

You are so right. "Being a good parent" should NOT equate to "being a bad lawyer." I'd go a step further. "Being a bad parent" SHOULD often equate to being a "bad lawyer." The profession of lawyering is fundamentally about putting the interests of others first. Your job is to listen and counsel clients, to be an agent and advocate, a champion for their interests. The only obligations that carry more weight in the lives of lawyers than client relations—if they do things right—will be family and religious commitments. If a lawyer falls down on the job of parenting, that speaks ill of his (or her) care for the interests of others. To be a decent lawyer, you need to be a decent human being.