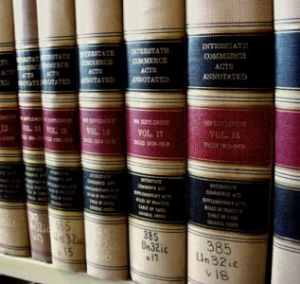 This past semester I took jurisprudence. I felt that was the first time in law school that women were acknowledged in the curriculum. We studied feminist jurisprudence for two weeks, and how women's rights were reflected in Irish Brehon law. I had taken women's studies and sociology courses in college. But upon entering law school, I was just immersed in the maze that was the first year and forgot what it felt like to reflect on women in an academic setting.

So this year, it was very rewarding to take jurisprudence and see women's issues and ideological movements at the forefront of the lectures. It reminded me of how sociology always felt like such an applied, meaningful study. It was very interesting to study how the law and jurisprudence are so often in effect "outside" the realm of women's concerns.

Now, as women are the majority in law school, and in several other professions, we will be able to write a new chapter in the relationship between women and the law. Plus, as some women's issues like domestic violence, sexual-harassment, and rape become less taboo, women will be able to change the shape and scope of their protection within the law.

However, I feel there are still a lot of cultural changes that need to be made, especially as the workforce remains male-dominated. In many surveys women do not feel as though they are full-players in the game. Additionally, certain client outings are not directly open to women. Furthermore, women face the additional employment discrimination hurdle because of their role as mothers. Jobs must really change to reflect women's reality.

In law school, many older students are strong-spoken and professors openly acknowledge their views. However, sometimes older professors may fail to acknowledge certain viewpoints and males still remain a very vocal group within the classroom. Plus, the majority of the professors I have had were male, so role-models are less-visible for women in law school. The halls of our student lounge at DePaul are filled with framed photographs of Caucasian males. Women's representation could stand some improvement.

Many changes to more fully incorporate women in the law will happen in a matter of time, probably even within the next generation. With women as the largest group entering the workforce, change will inevitably result. Hopefully then, cultural changes and more solid respect and representation will come about as well.

Next year, I will be the secretary of the Women's Bar Association chapter at DePaul University. I hope that through my larger role, I will become more involved in women's issues and will be able to help younger women grow to be a strong force within the law.