By Brooke Faulkner • November 23, 2016•Issues,  Sexism, Sexual Harassment, and Other Forms of Discrimination 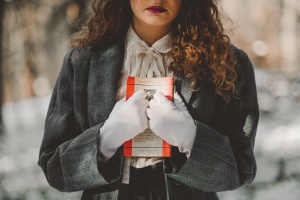 Today, women are closer to equal rights than they have ever been before. In 2014, women actually comprised 57% of students in institutions of higher education. According to Arizona State University, women currently make up almost 50% of the U.S. workforce, and 51% of corporate jobs are filled by females.

Did you know that until very recently, American women have largely been excluded from higher education? In the 18th and 19th centuries, it was quite frowned upon, and at times, against policy, to allow women to attend traditional colleges and universities. The first women’s college (Mount Holyoke in Massachusetts) wasn’t established until 1838, one year after Oberlin College in Ohio blazed a premature trail by allowing both women and African Americans to enroll. Up until then, women only had access to these academies and seminaries. If we wind back the clock a little...

The late 1700s saw the advent of women’s academies and seminaries, which aimed to give women the same education as men despite the fact they were not allowed into traditional institutions of higher education. This solution had its issues, though. Many times these institutions were small ones, and it was difficult to find women to teach all of the subjects offered their male counterparts. Instructors at these academies often had to teach all or most of the subjects offered, forcing them to skim through them. One such instructor, Catherine Beecher, spoke on this disadvantage, mentioning that male universities allowed each professor to devote himself to and perfect one area of study. In time, Beecher was able to collect enough donations to open the Hartford Female Seminary, where eight female professors were allowed to study and instruct on only a few subjects apiece.

These female academies saw a lot of political pushback all the way through the 20th century. Archaic rules were set in place for both instructors and students. If the fact that female instructors were not allowed to marry or even socialize with men wasn’t horrific enough, they were often even forced to wear long dresses and arrange their hair in a certain manner. Early America tried to make it quite clear: women could choose an educated life and work, or a married life with family. The belief that we were incapable of both permeated our culture so thoroughly that the majority of American women felt that they were incapable, or even unworthy, of things like education and work, and the rights to things like owning property and voting.

In 1901, as a reaction to this political pushback that created poor working conditions and education standards for women, Margaret Haley left her teaching job in order to organize the Chicago Teacher’s Federation, and she’d later help found the American Federation of Teachers. Throughout her lifetime, she fought not only for improved administrative standards, but also for fair pay and better working conditions for American educators. Her 1904 speech, "Why Teachers Should Organize," introduced progressive concepts that are sometimes still debated by professional educators today.

The fight for equality in education didn’t gain a ton of clout until the women’s suffrage movement came to a head. Despite the fact that the Women’s Suffrage Movement began in 1848 (as a result of the Declaration of Sentiments signed at the first women’s rights convention in New York,) women’s voting rights were not granted federally until 1920. Much like suffrage, the road to women’s access to higher education was a long and bumpy one.

When it comes to the Ivy Leagues, women were not allowed enrollment until, at the earliest, 1969. Technically, Emma Sheffield Eastman graduated from Cornell in 1873, but that was part of a short-lived experiment on coed enrollment that, unfortunately, didn’t work out in women’s favor. Women would not become a staple of higher education for hundred years.

In 1972, a solid stance on educational equality was finally given legal precedence. Title IX was enacted, which stated that any educational institution receiving federal funding was prohibited from discriminating against or denying participation in or the benefits of any educational program based on gender. This made it clear that women could take part in any and all educational activities, including extracurricular clubs, and even sports.

Women seeking legal education have seen the same kinds of discrimination and legal pushback. In 1869, Lemma Barkaloo became the first female law student in the United States. She didn’t ever complete her degree at Washington University in St. Louis, but that was only due to the fact that she chose to take the Missouri bar exam after her first year of law school. She passed and began practicing law in 1870. Sadly, she passed away a few months later of typhoid fever.

Four years later, Bradwell v. Illinois led to a supreme court ruling that said any state can exclude a married woman from practicing law. Progress, meet bump in the road. That seems to have been the theme for women and higher education for a very long time.

Unfortunately, that bumpy road full of setbacks was the path that led us where we are now, but I think it’s safe to say that all the women who battled to get us here fought a worthy fight. Nowadays women are an integral, and dare I say equal, part of collegiate institutions, and while we fought to get here, that doesn’t mean the fight is over. We should all continue to fight for equality and acceptance wherever we see it is lacking.