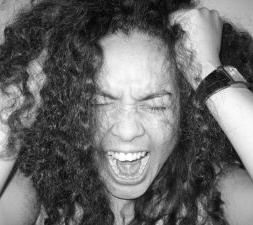 I was shocked to read Monique Doyle Spencer's article in the Boston Globe, Working women, where did we go so wrong? The title should give you an uh-oh feeling, but I was completely unprepared for Doyle's topic sentence: "I think we women ruined the workplace." In a nutshell, her argument is that wolmen responded to their opportunities to finally work in high-power jobs by working harder than their male counterparts without demanding salary increases when, according to Doyle, they should have worked the same hours as men and demanded equal pay. Consequently, her argument goes, women blew an opportunity to create a more livable profession for everyone by not demanding said livable professio in those early days and instead playing into a workaholic norm.

Am I alone in wondering how pioneer women, who were battling stereotypes and prejudices about whether they deserved their jobs or could hack it in a man's world, could have stayed in the game if they'd refused to put in extra hours and instead demanded higher wages, flexible work hours, and 45-hour weeks right from the get-go? Doyle states that "we were supposed to demand equal pay, not whimper through our year-end review. We were supposed to 'smarten' the workday. If your job takes you more than 45 hours a week to complete, you are going to too many meetings that you shouldn't be at." Apparently Doyle is unfamiliar with law firms, where you actually bill hours and may not be able to meet your firm's required billing time if you only work 45 hours a week. Also, why is a woman's responsibility to "'smarten' the workday"? What does that even mean?

Doyle goes on to task women with the job of creating part-time opportunities for both men and women. How? Doyle takes a hard line: "We were supposed to figure out how to do that." Great, if only those pioneer women had Doyle around for strategic consultation back in the good old days. The article goes on with more ranting about what women should have done (no suggestions as to HOW) and then ends with the priceless gem: "I think we should celebrate National Women's Month with a big apology to our mothers and daughters for blowing the biggest opportunity in history to create real change."

Well, this woman feels no need to apologize. I feel strongly that Doyle is full of it in suggesting that women in those early days had any power to change the system, and I think she is naive to suggest that these issues are solely women's issues or soleley women's responsibilty to change. Men have just as big a stake in raising productive members of society and spending valuable time with their children. Men have an equal interest in efficient work environments and work/life balance. It's sexist to assume that women are alone in needing or valuing these things, and it is ignorant to think that anything can change without men and women working together.

I think your points that law is not normally a 45 hr a week job and that cutting meetings isn't really an option are well taken. I also think that she overstates the case anyway. I don't think that we were done a disservice because our female feminist forebears didn't fight for better maternity leave, they were obviously busy fighting to get into the profession and recognized at all. You win first round battles first obviously and she's expecting a bit much if she's really expecting that they would win a utopian workplace in the first decades of admittance to the professional sphere.
But give her a little lattitude for natural hyperbole and the fact that she's not talking about the exceptional case of the legal profession which might be called an atypically bad workplace (there are stats somewhere showing how badly paid per hour lawyers are compared to other professions despite the huge salaries).
The point I think she makes which IS valuable is that the women who first rose through the ranks of law firms did so by working even harder than their male colleagues, putting in even more face time, billing even more hours. In my opinion the argument is strong that this did neither them nor us any favours.
Yes it might have slowed the progress of individuals, but it would have ended up with a better workplace for everyone including those women and male colleagues and those coming afterwards. I think the fact that those women who are now in partnership expect us to make the same bad trade-off is a valid criticism as well. They could argue in their defence that the patriarchy was so strong that working harder than men was necessary (I think that's debatable). But to say that we should be forced into the same pattern because they were is exactly the misogynist mindset that I thought we were fighting…the whole "I don't care if there's a better way that leads to happier and more efficient lawyers, I had to suffer and so do you" thing.
So while I think your points are valid in pointing out that the legal profession is different, and not everything translates to it, I don't think she's necessarily full of it. Just a little too hyperbolic and generalist perhaps. I think it is a dangerous line to take that we can't criticize the feminists who broke down early barriers while still admiring that they did so. Revisionism doesn't honour their huge contribution to feminist workplace reform at all in my view, in fact, in order to make the best progress from the starting point we were given we should understand the whole spectrum of decisions taken that shaped it. Some of those were excellent decisions, but saying some were not so great doesn't detract from their success.