By Sarah Winfield • February 18, 2015•Features,  Guest Bloggers and Profiles of Women in the Law 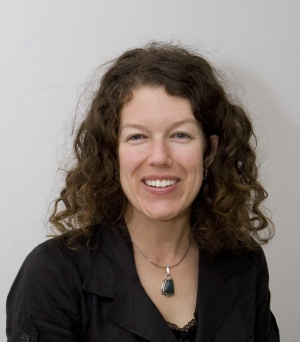 In January 2015, Katie Larkin-Wong gave a presentation to UC Hastings' NWLSO chapter on the power of social media in career development. Fired up by her talk, I immediately resolved to start a column on women in human rights, as that area of the law is my passion. Every other month, I’ll interview and profile a woman who practices human rights law, blogging about each interviewee’s life, passions, and advice for budding human rights lawyers.

For my first post, I interviewed Nicole Phillips, a staff attorney at the Institute for Justice & Democracy in Haiti (IJDH). I had the pleasure of meeting Nicole when I was interviewed for, and selected to be a member of, this year’s Hastings to Haiti delegation. Nicole currently teaches a seminar on human rights and the rule of law in Haiti. The seminar will prepare the students in the delegation for a week-long trip to Haiti in early March.

Throughout the interview, I was struck by Nicole’s dedication to social justice work. As I learned about her life, I felt a strong affinity with her for this reason, but for many others as well,  not least because we are both Bay Area natives, were both exposed to feminist principles from a young age, and are both UCSD alumnae (go Tritons!) I am indebted to Nicole, who helped spear-head a movement to secure funding for the UCSD Women’s Resource Center (WRC), where I volunteered as an undergraduate. When Nicole was at UCSD, it was the only such center in the UC system that was not funded. Nicole and the other women in the movement protested and staged a months-long sleep-in on campus, obtaining funding within a couple of years. Nicole remembers visiting the WRC years later: “7 or 8 of us visited campus in 2006 and saw how beautiful – and huge! – the Women’s Resource Center is now. It was pretty remarkable to see the legacy of all our work, which at the time didn’t seem like a big deal, it just seemed like it needed to be done.” As a founding member of Hastings’ NWLSO chapter, I am inspired by Nicole’s work and hope to leave a similar legacy for future students – and thankfully I have had it much easier so far, no demonstrations required! I am honored to be Nicole’s student, and excited to share what I learned about her career as a human rights lawyer.

In 1999, Nicole graduated from USF School of Law, where she was co-president of the Women’s Law Association. After law school, she worked in employment and labor law at Weinberg, Roger and Rosenfeld, the largest union-side labor law firm in the country, for about a decade. This area of the law initially attracted her because of an internship with Robin Runge. Runge had pioneered a program at the San Francisco Legal Aid Society Employment Law Center which focused on the intersection between domestic violence and employment law issues. Nicole has long been dedicated to women’s rights, having been raised by a parent whose community ostracized her because she was a single mother and who suffered sex discrimination at work as a flight attendant, and who taught Nicole that women do not need to depend on men. Realizing the importance of economic independence for women fleeing abusive relationships, Nicole went into labor law and ultimately became a partner at her firm.

However, Nicole had actually been interested in international human rights law in particular since she was about nineteen years old, when she read Elvia Alvarado’s Don’t Be Afraid, Gringo, in which Alvarado describes her work as a major land rights fighter in Honduras and outlines how international lawyers and other partners in solidarity living in the United States could assist the campesino land struggle. Nicole never abandoned this interest, and therefore resigned as partner in 2006, switching to part-time work with the firm in order to get back into international human rights. The Dean of USF School of Law connected Nicole with Brian Concannon, the Executive Director of IDJH, and for about three years she supervised USF student interns as they worked on legal research and writing projects for Concannon.

Then, the 2010 earthquake hit. Nicole remembers:  “Everybody in my office knew that I was probably going to quit this job and go do that work full time. And I was so concerned that they would freak out that I was leaving and nobody was surprised at all . . . a few weeks after the earthquake I called Brian and said, ‘I realize you have no money to pay me, but I would love to work for you, at least until the end of the year, if that would be okay with you.’ And he said, ‘Great. Can you start today? Please send me your resume.’ So I’ve been working there ever since.” Nicole loves working with Concannon, who she describes as a “conservative Georgetown lawyer” who “could be making hundreds of thousands of dollars wherever he wanted to be,” yet “brings that thoughtfulness and conservativeness to this work.” Nicole believes that this forces the international community to take IJDH’s work seriously, rather than writing the movement off.

The most challenging aspect of her work, Nicole says, is that “it’s not quite as simple as Elvia Alvarado made it seem in her book, at least in Haiti – Gringo lawyers coming into Haiti in solidarity to be part of the movement is really difficult because Haiti is so different and has been repeatedly held down by the international community, and so how to effectively assist is not straightforward. The legacy of foreign occupation in the country is still visceral today. Even though some of us are very well-intentioned in working there, you have to constantly be checking yourself to make sure you’re not overshadowing, to make sure you’re really accompanying Haitian lawyers and grassroots organizations in doing this work, that you’re not visible per se, and that this isn’t about you.” Her favorite part? “It forces me to be so aware of my goals, my intentions.” She calls this “the blan footprint,” blan being the Haitian Creole word for gringo.

One of the projects of which Nicole is the most proud is IJDH’s partnership with the Bureau des Avocats Internationaux (BAI) in representing victims who were tortured and falsely imprisoned by the Jean-Claude Duvalier regime. Initially, a Haitian court dismissed their case against the dictator, but IJDH leveraged the media and connected with the Center for Justice and Accountability, which wrote an amicus brief that garnered over two dozen signatures of legal organizations in the U.S., in order to keep the case alive. In February 2014 the appellate court reinstated the case against Duvalier. This case is one of only a few in Latin America where corrupt leaders are being prosecuted in their own court systems. Nicole believes that as a complex case, it will also strengthen the Haitian court system, empowering the Haitian legal community to rally and mobilize around its facts.

Nicole’s advice for students who are passionate about doing human rights long-term is, above all, to be flexible and creative. She reflects: “I come from a very blue-collar background. I was very thoughtful about my career and I was always ambitious, but opportunities don’t always come to you in the form that you’d expect. It’s good to always kind of know your next few steps, but at the same time, hold on to that lightly and be flexible for opportunities as they arise. There is more than one way to do it! Honor your choices, and make the right choice in the moment.” She notes that entering the international human rights field ten years into her career has had definite benefits: “I’m able to supervise myself for the most part, and really have something to offer.” Commenting on the fact that the public interest lawyers she knows are far happier than lawyers in other sectors despite lower wages, she adds: “Some people have to do what they have to do in order to pay off debts, but it’s important to stay grounded. We create our own jobs in this field. Keep networking, keep working at it. It just might not arise how you think it should or how you want it to.”

Readers can learn more about Nicole’s work with the Hastings to Haiti Partnership here, and can donate to help support the current delegation here and here. This year’s Hastings to Haiti delegation will also guest bartend at Soda Popinski’s on March 5, from 6-9 pm, in order to raise money for the trip. We encourage interested readers to stop by to learn more about our work and help fundraise for a worthy cause! Readers can also connect with Nicole and IDJH on twitter here and here. For more information on how Nicole and other lawyers are helping to rebuild Haiti after its devastating 2010 earthquake, see professor Fran Quigley's How Human Rights Can Build Haiti.