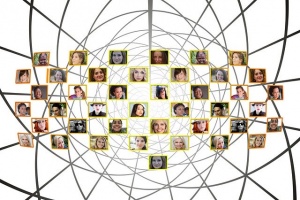 This is a hashtag currently trending.*  Black and white photos are filling social media as women tag female friends to show their support and admiration. From celebrities to influencers, many of the most active social media users are participating. While the original message may have been lost, what is readily apparent is a worldwide support structure and woven web of female friendship, dependent on each others strengths to support one another. Even though this hashtag is currently trending, it is not a new concept. Women have supported other women for millenia. Why else would we have this Ms. JD website? Much of what is written here is tailored to educate and support women in the legal profession.

As such, it is unsurprising when women inventors seek out female patent attorneys. A well-known example of this is Sara Blakely. Better known as the inventor of Spanx®. Ms. Blakely, after graduating college, began selling fax machines door-to-door. After seven years of doing so, one evening while getting ready for a party she decided to cut the feet off a pair of pantyhose in order to wear under a pair of cream pants. To quote Ms. Blakely, she “looked fabulous, felt great, had no panty lines ... but they rolled up [her] legs all night.”** That was her “aha” moment and she thought "this should exist for women.”** She started contacting hosiery mills in North Carolina to see if they would work with her on this idea of footless pantyhose shape-wear. However, she was unable to get any of the manufacturers to share her vision.

At the same time Ms. Blakely knew that she needed to protect this product. Ms. Blakely contacted the Georgia Chamber of Commerce and requested a female patent attorney due to the fact that she thought they would understand the concept of what she was wanting to invent more easily. At this time in the late 1990s, the Georgia Chamber of Commerce was unaware of any female patent attorneys in the state of Georgia. Ms. Blakely met with male patent attorneys who failed to take her proposed invention seriously, believing it to be a joke. Undeterred, Ms. Blakely begin to write her patent on her own. Ms. Blakely finally convinced a mill owner to help her with a prototype after he discussed the invention with his daughters and witnessed their enthusiasm for it. Ms. Blakely spent the following 12 months perfecting her prototype and learned that no women were generally involved in the production of traditional pantyhose which explained why they were so uncomfortable. She points out that the problem with traditional pantyhose was that  “the people making them, [pantyhose] are NOT wearing them, and if they are, they are not admitting it.”** Rather then testing the prototypes on mannequins, she tested them on real women and utilized the feedback they provided to make the product better. Ms. Blakely went on to get a patent (utilizing a patent attorney to draft the claims) and went on to become recognized by Forbe’s as the youngest self-made female billionaire in 2012.

You never know. Your childhood best friend, your college roommate, or your neighbor down the street could be the next Sara Blakely. Help them design a logo, proofread their novel, model their new inventions, support their business or test out their prototypes. Whatever your strength is, step in and become a thread woven in the cloth of womankind. That is what women supporting women long-term is all about.

*At the time of writing this, the origins of the hashtag are unclear. Varying theories include bringing attention to Turkish women’s rights, femicide, and general messages of female empowerment.

**Inc. How Spanx Got Started. http://<https://www.inc.com/sara-blakely/how-sara-blakley-started-spanx.html>

Image by Gerd Altmann from Pixabay