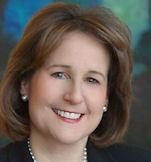 Guest Author Lauren Stiller Rikleen is the author of Ending the Gauntlet: Removing Barriers to Women's Success in the Law. she is also the president of the Rikleen Institute for Strategic Leadership and the Exectuitve-in-Residence at the Boston College Center for Work & Family.

The national frenzy over whether President Obama should have cancelled his family vacation because of the country’s fiscal crisis offers a textbook case of hypocrisy at work. It also sends all the wrong messages about working fathers and their family responsibilities. That symbolism is particularly important when the working father is the president of the United States.

We’re Always at Work Wherever We Are

For more than a week, the media and blogosphere has been in full battle mode, attacking the president for failing to cancel a long-planned summer vacation.  The fact that the rest of political Washington is a virtual ghost-town is irrelevant.  As long as the country is facing economic peril, the critics contend, the president should remain at the White House.

The particular irony around this debate is that it ignores something that every other working professional knows all too well.  Technology ensures that most of us can never truly escape our work obligations, whether we own small businesses or work for Fortune 500 companies like Chevron or General Electric.  For the president of the United States, the office simply goes where he does, as his own press secretary acknowledged.

So perhaps we can turn the debate into one that will be more instructive, even if it offers less fodder to those on the political attack. The fact is, if we take the politics out of the discussion, there are important lessons to be learned here about fatherhood.  This is because the president is also the father of 2 young girls, both of whom have expectations about family time during the summer, even if their dad is the leader of the free world.

Dads Want to Be Accessible Parents

Recently, the Boston College Center for Work & Family published the results of a survey of nearly 1000 working fathers at four large companies.  The New Dad: Caring, Committed and Conflicted describes some of the conflicts faced by working fathers.  From the data, an image emerges of fathers who have strong desires to be successful at work and advance in their careers, as they strive to be accessible parents and spend more time with their children.

The Center’s fatherhood study was a follow up to its 2010 publication, The New Dad: Exploring Fatherhood within a Career Context, which identified fathers as transitioning from a narrow definition of fatherhood to one which embraces their role as engaged caregivers to their children.  The Center for Work & Family subsequently embarked on a second phase of research involving a significantly larger group of respondents.

This latest study provides key data about the conflicts that working fathers face in their roles at work. The study participants saw themselves as aspiring to share equally in caregiving, in addition to their more traditional role as breadwinner.  When asked to identify the most important aspects of being a good father, the top responses were: (1) provide love and emotional support; (2) be involved and present in your child’s life; and (3) be a teacher, guide, and coach.

Yet even as fathers aspire to this more engaged role as parent, it is rare for them to be fully away from the office.  Respondents reported that they were much more likely to be interrupted by work-related matters at home than to be interrupted by family matters at work.  In other words, the office frequently comes home with the dads, even in the midst of trying to meet their family obligations.

Like countless other fathers in today’s workforce, president Obama has obligations as a parent that, it is fair to assume, include summer vacation commitments.  Our country is better for his modeling engagement as a dad, even as he remains engaged in the grave responsibilities before him.  When the White House sets a positive example that shows parenting as a priority, the lesson learned is good for families everywhere.

The study also noted the importance of a work environment that is supportive of and recognizes the role of fathers as both workers and parents.  A supportive culture that ensures fathers can successfully implement their multiple roles can make a tremendous difference to both the worker, and to the workplace.Which brings us back to the president.

By demonstrating a commitment to his children – even in the face of criticism that he should have stayed “in the office” – the president is helping workplaces everywhere understand that parents are continually striving to meet their responsibilities in the workplace and at home.  As the Center for Work & Family noted in its study, “…men are on the verge of a new beginning, one that brings a greater appreciation of the important role fatherhood plays in their own lives and that of their family members.”

The dad-in-chief’s short summer break sets an example for all dads and all workplaces, and is an important reminder that family time matters no matter how important your day job.

This post is graciously reprinted from the Forbes blog She Negotiates...and Changes Everything.