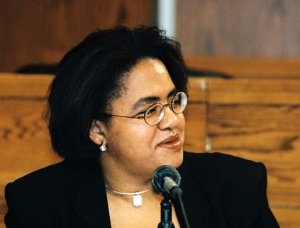 Michelle Obama recently announced that Jocelyn Frye will serve as Director of Policy and Projects for the First Lady. According to The Juggle, the selection of Ms. Frye suggests that Michelle Obama is "preparing to take an activist stance on such policy issues as family leave and flexible scheduling."

As general counsel for the National Partnership for Women and Families, Ms. Frye has been one of Washington’s most visible advocates of expanding family leave and ending pregnancy discrimination. She’ll bring 15 years of policy-making experience to bear behind Ms. Obama’s stated plans to emphasize work-life issues and aid for military families. Ms. Frye has a reputation as a consensus builder, a front-lines opponent of Bush-era efforts to curtail family leave, and a patient, articulate spokesperson for low- and middle-income families.