Would people respond better to what you say if you were a man?

By sintecho • February 23, 2008•Sexism, Sexual Harassment, and Other Forms of Discrimination 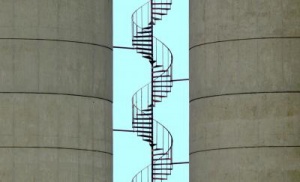 In an article on women's leadership styles, Nicholas Kristof references research that "women, compared with men, tend to excel in consensus-building and certain other skills useful in leadership." In explaining why women have not had more success in achieving positions in government despite these strengths, Kristof hypothesizes that "in the televsion age, female leaders also have to navigate public prejudices." These "prejudices", as it turns out, are of the sort that affect women lawyers as well. Kristof cites the "Goldberg paradigm," an attribution arising out of a study in which people read an article or speech with one group of readers told that the speech is by a man while the other group is told that the speech is by a woman. Dishearteningly for those of us women who speak in public in front of juries or clients, "in countries all over the world, the very same words are rated higher coming from a man."

[More after the jump]

In addition, research shows that "promoting their own success is a helpful strategy for ambitious men;" however, "when women highlight their accomplishments, that's a turn-off. And women seem even more offended by self-promoting females than men are." Kristof then states what many of us already know: these double standards present "a huge challenge for ambitious women in politics or business. If they're self-effacing, people find them unimpressive, but if they talk up their accomplishments, they come off as pushy braggarts." The end result: "A woman can be perceived as competent or likable, but not both."

If this maze of dos and don'ts doesn't already have you turning in circles, Kristof also notes that "clothing and appearance generally matter more for women than for men." The nail in the coffin? Even when women do an objectively better job than men (in India politics, for example, a study revealed that women politicians took fewer bribes and did more for the community), people "judged the women as having done a worse job" than the men.