Wow! Great insight into Choices and Consequences Written by a Mother/Professor 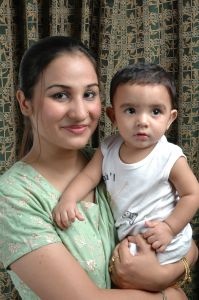 All I can say is "wow". There is an incredible post titled "Choices, Consequences, Constraints" up on Scatter from this weekend. Click here to read it in its entirety, which I strongly recommend if you are at all interested in some perspective on what it can be like to be a mom and an academic at the same time.

The blogger writes about some of her choices and related emotions in her struggle to be a professional woman and a parent in a situation where both she and her husband worked. The post is gripping in its honesty and at the same time piercing in its revelations about the unfair nature of the burdens placed on mothers by our society. She writes...

The more I worked, the less [the kids] did "constructive" activities. ... I overheard my son once telling a friend that he had the world's most inattentive mother. I pointed out to them that their father also ignored them when he worked, but they did not see him do it because he did it away from home. This did not change their perceptions.

I am not an academic. However, as I read this essay I could really relate. I think for those of us working mothers we know the truth behind the words, "I spent a lot of those years exhausted and angry." For those readers who aren't mothers, some of this woman's story may be shocking and may be something that you will respond to by saying to yourself, "I'll never be the sort of mother who ignores her child's request for lunch!" That is why I recommend reading it -- Life is "Choices, Consequences, and Constraints." No matter what anyone says, it isn't easy. It's actually very hard.

Thanks to the Feminist Law Profs for the reference and link.

I agree with Peg that this post is depressing but worth a read.  I also appreciated the author's reflection on how she was affected by choosing a "man's" job:
"I have a 'man’s' job, and am judged by men’s standards. I had a full-time job and drew a full paycheck throughout the period described . . . I’m sympathetic to the view that I deserved to get fewer rewards if I was doing less work, but not to the view that men in the same job did not have the same choices I had."
It's so true that our society rarely pressures men to internalize the costs to their families of their hectic work schedules while women are reminded at every turn of their bad mothering when they work too much.  The author's statement that she accepts getting fewer work "rewards" if she is donig less actual work reminded me of this post on flextime workers and the resentment other women (and men) without kids feel toward them.