You are my role models 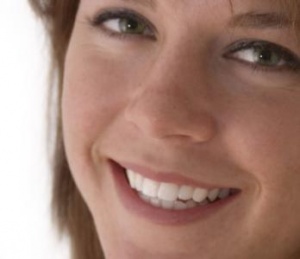 (To the women in my law school classes)

The women who came before me made great strides in the study and practice of law, strides I didn't fully appreciate until I was studying law myself in an environment where I felt respected and where I was surrounded by other smart, capable women and powerful, inspiring female faculty. Because I know that this has not always been the case, I remain indebted to the women who came before me, for it is through their work breaking through barriers and challenging preconceptions that now, pursuing a law career has become an empowering challenge that a woman like me can savor rather than endure. As I reflect back on my experiences thus far in law school, I realize that even in the two years I've studied law I've changed a great deal, thanks in main part to the inspiration provided by the women who came before and those I have around me. This inspiration has helped me be proud of the woman I am becoming.

Before coming to law school, I was insecure in what I wanted to be, not as a professional, but as a person. While I was prepared to be a lawyer, I wasn't sure about what kind of woman I wanted to be. I wasn't sure what parts of being a woman I was allowed to embrace while still conveying a message of competence and intelligence. Having always been "the smart one" in groups of friends as a girl, while other girls were "the pretty one" or "the friendly one," I came to understand that these were somehow all distinct traits that could not blend within one individual, and I figured that smarts were the only gift I possessed. I rejected any parts of me that were interested in trying to do something with my hair or my clothes, for fear that looking nice would indicate that a cute exterior was all I had. I was prepared to show off my sharp wit at any opportunity with a snide remark against friends and strangers alike, to force attention towards the single inner strength I relied on so absolutely. Because I was "the smart one," I was above things like warmth, caring, giving a good appearance. When I was under pressure to seem smart and capable, I modeled my behavior after men, as they were the most prevalent models available. I wrote off some of my best feminine traits as shallow. As the years passed, I became more and more anxious just trying to be myself, since I couldn't be comfortable being ALL of myself.

Coming to law school helped me shed this discomfort with my own person by both allowing me to feel confident enough in my abilities to drop the chilly persona, and by providing me with many of examples strong, successful female lawyers who are comfortable in their own skin. I met female classmates, with far greater qualifications than my own, who could hold their own in any debate with our male classmates and just as easily carry on a friendly conversation about music or fashion. I had classes with female professors, amazing women with sterling resumes, who could teach with the most unsympathetic Socratic method in class and yet warmly inquire after your family in office hours. Watching my professors and other women who were out practicing law successfully, I marveled that they had not only won the respect of their colleagues, but also their feminine confidence had forced their colleagues to recognize different paradigms of a successful personality in the field of law. Meanwhile, I learned more about my own capabilities as I rose to challenges and succeeded in areas like Moot Court and the Human Rights Quarterly. As my own confidence grew, I came to understand that it's ok to let myself be the woman I want to be. With my new confidence in my professional abilities, I no longer felt that my appearance had to indicate anything other than what I felt like saying that day. I began to allow myself to look "pretty" if I felt like it, without feeling like I sacrificed some sort of legitimacy by doing so. I enjoyed chatting with friends, without feeling like I was giving up something if I was not constantly jockeying for power in the conversation. No longer did I have to act like a man to win success on some man's terms. I realized after seeing the success of so many confident women already in the practice that I might be able to win such success as my own woman.

My experiences in law school helped me embrace all parts of myself, creating a more natural existence and a more comfortable, livable way of life. Being able to put on some makeup when I feel like it might seem like a hardly noteworthy accomplishment. Still, I have to include this in any answer about my experience as a woman studying to practice law because it is an outward symptom of a change I have undergone in pursuing this career, a change for which I must thank those women who blazed trails in this field. These women made great strides in law, not just forcing their way into a boys' club, but changing the rules of that club so that women could be comfortable there AS WOMEN. Without them, women just starting out like me would likely continue to feel constrained against being our whole selves: cool, clear thinkers when needed, and caring, emotive nurturers when appropriate. Due to the efforts of brave women who came before, we can be comfortable being all that we are. I have been able to drop the facades I had presented to make myself seem the type of person I thought could be successful, because I have realized that I have the talents and qualities to be successful as myself. Law school hasn't just opened up new opportunities for me professionally, it has made me a more confident, capable woman personally.

You sound like somebody I would like to know. I am so happy for you. Do great things.