Your Brain, Law School, and Law Practice:  Be Aware of Your Surroundings at All Times 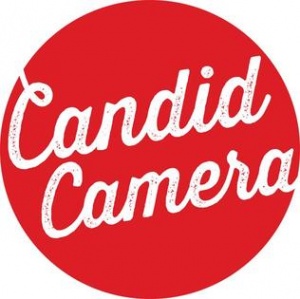 “Candid camera,” a television show started in 1948, was a forerunner of modern intrusive media.  The concept was simple.  The show’s producers ambushed and filmed ordinary people in embarrassing situations to the delight of a television audience.  Looking at human behavior in the wild often is both funny and insightful.  The show caught humans being human.  Many such shows are common now and indeed, reality television has made a fortune from the seemingly inexplicable desire of some people to voluntarily showcase a host of their behavioral flaws to a home viewing audience.

But back to the simpler times of the old Candid Camera series.  My favorite clip takes place on an elevator and it is worth viewing here.  The set-up is minimalist.  The unsuspecting target walks into the elevator.  Ensnared in this small space, he is ripe for manipulation.  Getting into the elevator, the other people (all members of production) turn to the back wall and so does the target, although he is puzzled by why they are doing it.  But they are doing it, so he does it too.  They take their hats off and he does too.  They put their hats back on again and so does he.  I can only hope the targets had a good sense of humor when viewing themselves performing like trained seals on national television.

You might be thinking that the camera crew just got lucky with a few easily swayed personalities.  But there is a large body of research that shows that situational pressures can influence our actions.  As I have discussed here, and here, and here, our brain’s backroom processes can influence us without any conscious reflection on our part.  Situational pressures are another factor to bring into the open for deeper reflection.

I remember an interview I had in my second year of law school for a law firm job.  It was shortly after a scandal had rocked that particular law firm.  A partner had unethically destroyed some client documents rather than produce them in discovery.  At lunch, the interviewing partner attempted to deal with what he perceived were my unspoken questions about the firm’s public scandal.  He told me: “He was a good person and lawyer but I think the case became his whole life.  He could not handle the reality of losing and let the pressure get to him.”  I remember self-righteously thinking, “yeah, right - nice try but that was a clear violation of the rules.”

Looking back on that conversation many years later, I am struck by how naïve I was as a law student about the effects of situational pressures.  First, I remember being so absorbed in my own hunt for a job, the partner probably could have avoided a discussion of the scandal and I would not have noticed.  Second, with the benefit of experience, I think that my lunch companion was dead on in diagnosing what happened to his former partner.  Too little attention is paid to situational influences on our decision making, leading to many poor choices generally, but specifically in the law. A more aware and confident interviewee would have asked the partner, "And what controls have been put in place at the firm to prevent that behavior from happening again?"

Conformity in the Lab

If you ever took a psych 101 course, you probably have heard about the famous experiments in this area.   For example, Solomon Asch studied social conformity and situational pressures on our actions in the 1950’s (maybe where Candid Camera got their ideas).  Asch showed bars like here to college students in groups of about 10 persons. He told them he was studying visual perception.  The question to the group was uncomplicated: which of the bars on the right is the same length as the one on the left?  Sounds easy enough but Asch had planted confederates, whose job was similar to the confederates in the Candid Camera elevator stunt.  The real subject was among the last to give his response aloud, and he heard most of the confederates give the wrong answer.  Not everyone fell to the force of social conformity, but almost 80% conformed to the majority at least once, and one-third conformed on more than half the trials. Indeed, when the confederates were unanimous, the subject caved and dutifully reported the obvious wrong answer on 4 of the 12 trials.

What is the motivation here?  It turns out humans have a propensity, and it may be a good thing sometimes, to be accepted, liked, and respected.  Imagine the general torment it would produce constantly working or living with people who possess little desire to be accepted, liked, or respected.  But sometimes this desire to be accepted can pull too strongly.  Too often, people are unaware of the influence that these situational pressures may have on behavior and don't take steps to counteract them.

Stanley Milgram, a student of Asch, conducted an even more famous experiment.  In the wake of the Holocaust, Milgram wanted to understand what led ordinary people to do extraordinarily horrific things to fellow human beings.  So, being in the psychology business, he designed an experiment, one which our more stringent ethics standards would prohibit today.  Milgram told his subjects they would be “teaching” someone.  The teacher’s motivation tool was electric shocks, administered every time “the learner” made a mistake in a series of word patterns. (And law students think the Socratic method is bad…) Milgram found that, as the chart above indicates, under the right conditions, an experimenter could successfully order more than 60% of adults to administer what they believed to be painful and dangerous electric shocks to a bound, older man with a heart condition, despite the man's repeated pleas to stop.  The key here is determining what conditions produce this pressure.  Many of the subjects knew their behavior was wrong and protested strenuously, but many still caved to the order.

Environmental Influences Outside the Lab

Milgram and subsequent researchers examined what variables influence us to act for or against our better judgment.  Changing one or more variables can produce different results that reduce the situational effects on the decision.  Consider this non-exhaustive list: (1) framing negative behavior in a positive light (see my discussion on the power of framing here); (2) time pressure; (3) a plausible reason for engaging in the wrongful behavior; (4) how comfortable or uncertain the participant is in the situation; (5) the absence of dissent; (6) difficulty in assessing accountability for the wrongful conduct; and (7) structuring requests as incremental.

When you sit in a professional responsibility class, assessing the conduct in the cases, it is unlikely to prepare even the most avid students for the deadlines and pressure that exist in law practice in a competitive environment.  Situational pressures are real.  (For an excellent discussion of the effect of situational pressures on legal ethics, see Professor Andrew Perlman’s article here).  Knowing this propensity does not offer us an all-purpose excuse. But our awareness of our own susceptibility to this tendency can help us develop better strategies for resisting troubling commands in whatever form they might arise.

Situational pressures have implications for many areas of the law.  When corporate scandals strike, we may look not only at individual accountability, but the structure of the system where the behavior flourished.  The recent scandal at Wells Fargo bank revealed a system that pressured workers to engage in wrongful conduct creating fake pin numbers and phony bank accounts for real bank customers.  In creating fictitious accounts, they were trying to meet unrealistic quotas (producing time pressure), get sales bonuses (a positive frame),  while working in a tight economy (producing job uncertainty), and in a corporate structure that apparently did not have a strong enough checking mechanism to bring the practice into question.

Or consider police officer shootings involving members of minority communities.   When a police officer shot Michael Brown in Ferguson, Missouri, the investigation initially, and appropriately, focused on the whether the shooting was legally justified.  A Department of Justice investigation ultimately revealed, however, the deeply disturbing story of a city that became dependent on traffic fines to finance the government operations.   The structure of how the government financed itself created a bizarre incentive system that led the police to target the minority community.  Traffic stops led to fines, which led to jail, and the cascading negative consequences of  being caught in the racially biased system within an increasingly racially divided city.

Too often, when things go wrong in these situations, the leadership is quick to blame the few “bad apples,” the rogue officers, the lone wolf.  But sometimes these individuals are nurtured within an environment that encourages, rather than discourages, just that human behavior.   The leadership in the organization avoids tough accountability questions about structural problems in the organization by emphasizing the individual behavior.

Be Careful When Under Pressure

Our Candid Camera elevator man probably was a reasonable person in a situational bind.  Turning to face the back wall, he made a small concession to the social group.    We make these concessions all the time.  We just need to be aware of the pressures so that we do not find ourselves gradually edging closer to pushing that “XXX-Danger” button when we should be speaking up, resisting pressure, and sometimes blowing the whistle.