Your Brain, Law School, and Law Practice:  More than One Side to a Story 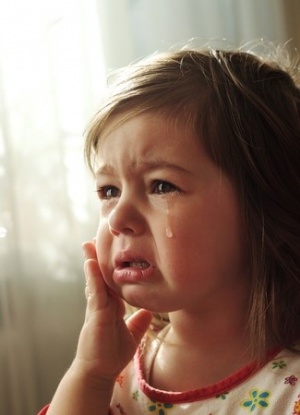 An Updated Story of Solomon

Remember the story of Solomon, a wise ruler who figured out how to solve a tough problem involving competing claims to a baby?  (Hint: he made a threat that would be considered highly problematic under current judicial guidelines.)  Let’s play “You be Solomon.”  Read this story and decide who should get the baby:

“This case is about a little girl (Baby Girl) who is classified as an Indian because she is 1.2% (3/256) Cherokee.  Because Baby Girl is classified in this way, the South Carolina Supreme Court held that certain provisions of the federal Indian Child Welfare Act of 1978 required her to be taken, at the age of 27 months, from the only parents she had ever known and handed over to her biological father, who had attempted to relinquish his parental rights and who had no prior contact with the child.”

Do you have a feeling about what the right result here after reading this paragraph?  I am guessing that many readers have a mental image of a child being dragged out of the arms of loving parents, based on a statutory technicality, and forced into the hands of a deadbeat stranger.  You may react with the feeling “that cannot be right under the law.”  If so, you’ve just been framed, by a Supreme Court justice, no less.  Justice Alito took full advantage of the framing effect in this opening paragraph in Adoptive Parents v. Baby Girl.

If you remember my last post - refresh your hazy recollection here - you know I think that making a winning argument means careful use of language.  Your words create the mental imagery that will set up the listener’s gut reaction.  By using some facts to paint a picture sympathetic to one side, Justice Alito sets the reader up to immediately prefer finding in favor of that side.

Those persons not practiced in suppressing gut reactions may just skim the rest of his opinion, satisfied that the right result was reached, no matter the pathway.  Justice Alito is doing what good legal writers do in persuasive argument – they use the facts to their advantage to persuade (and judicial opinions are persuasive pieces.)  Surprise - the rhetoric is not inspiring rational or logical arguments.  It is inspiring a desire for a result, understanding that when humans decide, it is the snap judgment that often matters most.

What Does the Framing Hide?

That opening paragraph of the opinion does not point out that the biological father immediately sought custody of the child after finding out that the biological mother wanted to put the child up for adoption.  Moreover, rather than being ripped from the arms of the loving adoptive parents, the U.S. Supreme Court’s decision required the little girl, who had been living with her biological father for the last 18 months, to be ripped from his arms.  But more important, the opening recital of the facts hides the knotty (and yes, tedious and boring) problem of statutory interpretation that was the heart of the legal case.    Justice Sotomayor's dissent discusses these pesky problems.

Framing can lead your readers to see some things (e.g., sympathetic facts) to the exclusion of others (e.g., a complicated legal question), unless they are trained to slow down and skeptically consider the issues.   The skill of invoking your slow deliberative thinking processes is a difficult one to acquire.  As I have discussed, much of human thinking is coming to a gut reaction and then gathering evidence to confirm it.  Of course, we humans rarely admit this tendency, but understanding it is critical to being a good lawyer.

The Confirmation Bias Joins the Team

Once an issue is framed to lead us towards a particular choice, we are primed to gather evidence to justify our pre-existing beliefs.  Our brain commonly employs the confirmation bias unless we are able to override it.  For example, want to buy a particular item?  I am betting that you do not ask others for reasons not to buy it.  In fact, you may avoid those you know will have a negative view of your purchase.  Yet the most important question may be “what are the reasons not to buy it?”  It is important to flush out potential answers such as it is dangerous, unhealthy, or too expensive for my budget. When you make an argument, or represent a client, it is easy to get caught up in your own arguments and point of view.  You may only be thinking of the reasons to adopt your position, and that is important, but your opponent surely will be thinking of reasons not to adopt it and you better be ready.  The most critical questions may be: what are the best arguments against my position and what is my response?  That is why moot court (in law school) and practice arguments (in front of tough questioners) are such valuable exercises – they force you to come up with answers for those uncomfortable questions.    Sometimes lawyers get so caught up in their own side, they can advise against reasonable settlement offers, and that is harmful to the client.

Even learning in law school is hampered by the confirmation bias.  Sometimes a student may read over their notes and outlines several times and convince themselves that they are sufficiently knowledgeable in the subject, only to be surprised that their grade reflects a lack of mastery. To paraphrase Donald Rumsfeld, the problem is that there are areas that you did not know that you did not know.  Okay, that is confusing but important.

For example, if you skimmed some complex materials, you may not understand them, but your notes and outline may not alert you to that fact.  Let's say the dormant commerce clause confused you in the cases and class, but you jotted down some seemingly straightforward rules and moved on to preemption.  You re-read those rules and okay, you confirm that you understood what you wrote (not necessarily what the heck the dormant commerce clause does or why).  If you worked a practice problem on that issue, your lack of knowledge would be revealed, making you uncomfortable and nervous, but ultimately sending you back to figure out the material before the exam.

You see four cards on the table. Each card has a letter on one side and a number on the other side. You need to decide which cards (and only those cards) you would need to turn over to determine whether a given statement is true or false. Try it:

Which cards do you think need to be turned over to determine the truth or falsity of the statement?  This test is a version of the famous Wason test.  The correct answer and explanation is below (don't peek until you give it your best shot).  You may find out that your confirmation bias is hard to root out, but good lawyers need to work on it.

The correct answer is A and 7 but if you got it wrong, understand that less than 20 percent of the test-takers choose the right answer. You need to pick the “7” card to test the falsity of the statement. If there is an “A” on the other side of the “7” card, then the statement is false. Remember, the idea is to investigate whether the statement is false rather than simply confirming that your theory works in some cases. Picking “A and 3,” for example, will confirm your hunch, but the disconfirming evidence is the more valuable is assessing the truth of the statement. Picking D will give you no information about the hypothesis because no matter what number is on the other side, it will not invalidate the rule.