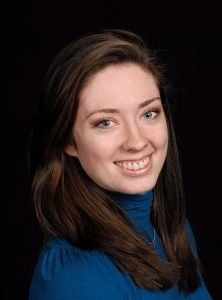 Mary Beth Bosco is a Partner in the Washington, DC office of global law firm Patton Boggs LLP.  She specializes in government contracts, environmental law and homeland security and defense.  She was the first female member of the firm’s Executive Committee, and is the co-chair of the firm’s Diversity Committee.

Your Monthly Mentor: Tell me about your journey to your current position.

Mary Beth Bosco: I attended law school at The George Washington University [in Washington DC], which was known for its government contracting department.  I had one of the founders of the government contracts practice area as my first year contracts professor.  I ended up doing research for him during my first summer, then went on to a law clerk job in my second year, and really liked the practice.  I went to that firm after I graduated.  Then, I decided I wanted to be at a larger firm.  Larger firms allow you to have access to more resources, which helps if clients have questions relating to other practice areas.  I’ve been at Patton Boggs since 1985.

My practice is primarily government contracts, working on government investigations, regulatory issues, and transactions involving government contractors.  Because the government buys everything from paper clips to sophisticated computer systems, it is a great practice that lets you learn about all kinds of industries. Early on as a partner, I became interested in firm management.  I chaired the Recruiting Committee, then joined the Management Committee, and eventually became the first woman on the Executive Committee.  I have found that my career path remains very interesting as my practice changes and as the business of law changes.

YMM: What is the most interesting thing you have done in your career?

MBB: Participating on leadership committees helped me learn the business of how a law firm works, where everything fits in, and the vision of the firm.  You become familiar with a bigger picture than yourself.  Participating in this process helps you understand how your clients work—most lawyers don’t know a lot about business when they start out.  It’s valuable to be able to look at your client’s business from a business perspective, to know what they’re talking about, and to understand that they have some of the same planning changes as you face.  For example, how do you manage a firm during a recession? How do you go about cutting expenses without cutting your services? It was a good lesson—it helped me to sympathize with what my clients are going through.

YMM: What was it like becoming the first female member of the firm’s executive committee?

MBB: It was intimidating initially to be part of it, even though the men on the committee were very accepting.  It was not so much an issue that I was a woman as much as it was that I was new.  I had to figure out which issues to take on and which to let someone else carry the water on.  It was a challenge to figure out that there are certain things in which you can make a difference and others in which you can’t.  You have to prioritize what matters most and what you can let go; if you’re going to expend political capital, you have to make sure it’s an issue that you really want and that can do so.

Speaking generally, I think every woman has same experience, whether in a firm meeting  or a client meeting: you’re in a room full of men, you make a statement and they nod, but ten minutes later a man makes the same statement, and the lights go on, and he gets the credit for the idea.  You have to learn to walk the line between listening to other people because their ideas are good as well, and asserting yourself in a way that’s comfortable to you.  How do you make sure your ideas are credited to you? Everyone does that differently, you have to figure out the best way to do so for you.  So many women start with almost an apology in the beginning of their statements: “In case you didn’t think of it…” or “This may be a stupid idea…”  This is something we all have to be conscious of, but you also have to be comfortable with your approach—if you are not comfortable competing in a large group to be heard, don’t listen to advice to do that.  Instead, figure out how to get your view across.  Maybe you should engage individual members of the group prior to the meeting on a one-by-one basis to make your points.

YMM: Did you face any special challenges as a young female attorney?

MBB:  One challenge is credibility.  When a male attorney walks in the room, he is assumed to have credibility and know what he’s talking about.  When a woman walks into the room, I think to a certain extent, they still have to prove themselves.  I had a client who told me, long after the meeting in question, that in our first meeting he thought, “when you came in I almost started to cry. I thought, ‘they sent me this little girl.’  It was like you were a disappointment.”  He didn’t end up feeling that way.  I had to figure out how to get around this credibility gap.  You can do this by performing.  Nothing gets the client’s trust more.  You have to prepare for meetings, you can’t wing it.  Even if I know the subject really well, I still think about it ahead of time.  Keeping composure is also key.  What type of relationship do you want to have?  In a client counseling setting, it should be a professional relationship.  You’re there to give legal advice.  In some situations, you have to be the grown up, and you have to do it in a way to ensure that the client respects your authority.

YMM: What advice do you have for future attorneys who are just starting a legal career?

MBB:  When I started out, the advice that I received was to be a varied person in terms of the law.  For example, I should be spending my weekends reading about tax law or another area that was outside my expertise.  I thought to myself, I should be doing that on my down time?  That will mean I will lose all perspective as well as my friends!  My advice, by contrast, is to have an interest that has nothing to do with the law.  Whatever it is, have something you’re passionate about.  It makes you a well-rounded person and it makes you happier.

Patricia Wald was my graduation speaker at George Washington, and she had some great advice: we are trained to be lawyers and argue, but when you get home, you don’t have to argue about who does the dishes.  Sometimes you have to “turn it off.”  You have to be a real person when you get home; you have to know when to argue and be competitive and when to not.

YMM: How have you balanced your work and your personal life?  Has your ability to do so fluctuated depending on the stage you have been in in your career?

MBB: It definitely fluctuates based on where you are in your career.  Starting out, you don’t have control of your schedule and you often don’t even know what that schedule is because your work is directed by the partners.  As go along, you start to have more contact with clients, and you can at least predict a little better.  It varies according to where you are in career and where you are in life.  This notion of “having it all” – it is different for everyone.  Every person has a different definition of what “it all” is, and you have to constantly be testing it out.  Everyone has to make decisions according to their own definition, and accept that each of those decisions has consequences.