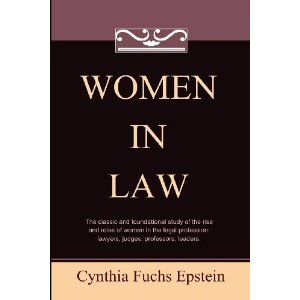 Universally considered to be pathbreaking, landmark, original, and provocative since its first edition was published three decades ago, Women in Law continues to provide a sociological and historical analysis of the overt and subtle ceilings placed on women in the legal profession in their various roles. It is a foundational work for departments of gender studies, law, and sociology — but also reads as accessible and interesting to a general audience.

Adding a new foreword by Stanford's Deborah Rhode, the thirtieth anniversary edition of this classic book reports countless revealing interviews, war stories, and inside glimpses of the many professional roles that women inhabit: lawyers, judges, professors, leaders, and backroom labor. It also brings vividly to life the candid — and sometimes cringeworthy — assessments by male lawyers and judges about the changes to the profession ushered in by the increasing entry of women to the lawyers' club.

Part of the Classics of Law & Society Series from Quid Pro, Women in Law is recognized as within the canon of its field, and now is available in a modern paperback format. It features embedded page numbers from the previous print editions (to facilitate referencing, classroom assignment, and continuity with the new ebook editions), as well as all the original tables and figures.