In 2010, Ms. JD awarded Fellowships to 20 rising third-year law students. Fellows were chosen from among over 300 applicants representing 75 law schools. Fellows were selected based on their academic performance, leadership, and dedication to advancing the status of women in the profession. Last year's fellowship recipients included law review editors-in-chief, published scholars, and future judicial clerks.

For the 2011 Ms. JD Fellowship, we have found an equally impressive group of aspiring lawyers:

In addition to receiving financial support and invitation to ABA and Ms. JD events, each Fellowship winner is being paired with a mentor chosen from among the Brent Award Winners. Participating mentors include:

The application process for the 2012 Fellowship will begin in Spring 2012. Inquiries may be directed to the Executive Board Member in charge of the Fellows Program, Katherine Larkin-Wong at larkin-wong@ms-jd.org.

Angela Cunningham is a third year student in the Accelerated JD program at Northwestern Law School. Angela received a B.S. in Social Welfare and Women's Studies and a Master of Social Work from the University of Wisconsin-Madison. Prior to law school, Angela was the Executive Director of a faith-based social service agency in Kenosha, WI. While in law school, Angela has interned for the Family Defense Center, the Kenosha County District Attorney's Office and the Cook County State's Attorney's Office. Angela plans to pursue a career in public interest law after graduation.

Tanya Falleiro is a third-year student in the honors program at Golden Gate University School of Law in San Francisco. She is an Associate Editor on the Environmental Law Journal, member of the Moot Court Board, and recipient of the Joseph R. & June B. Rensch Endowed Law Scholarship. She received her Bachelor of the Arts degree in Legal Studies from the University of California- Berkeley in 2008. Tanya is interested in business law and has spent time during law school working in-house at various companies, as well as externing in the federal court system. She holds leadership positions in both the Business Group and Women's Law Association at her school. Tanya is also an active Writer-in-Residence for Ms.JD.

Upon graduating from Princeton University, Carla Laroche taught English, Math, and Science to primary school students in Tanzania. After, Ms. Laroche worked at a charter school in Harlem before becoming a Court Representative at the Center for Alternative Sentencing and Employment Services. Since then, she has worked in Zimbabwe, Australia, and Washington, DC. She will graduate with a JD from Columbia Law School and a Masters in Public Policy from the Harvard Kennedy School as a concurrent degree student. Ms. Laroche is excited and grateful to be a Ms. JD Fellow.

A native Rhode Islander, Rebecca Levine is a student at the University of Washington School of Law, where she serves as the Chief Articles Editor of the Washington Law Review. She holds a B.A. in Anthropology from Barnard College and an M.P.H. from the Columbia University Mailman School of Public Health. This summer, she is an extern in the chambers of Judge O. Rogeriee Thompson on the U.S. Court of Appeals for the First Circuit. After graduation, Rebecca plans to clerk for Judge J. Robert Leach in the Washington Court of Appeals. She plans to ultimately pursue a career in government.

Sarah is a Berkeley Law student interested in immigration, privacy, and consumer protection law. At Berkeley, Sarah has served as Editor-in-Chief of the Berkeley La Raza Law Journal and is the founding Mentorship Chair of the Women of Color Collective. She will work this fall at the U.S. Court of Appeals for the Ninth Circuit.

Rupali Sharma graduated magna cum laude and Phi Beta Kappa from Northwestern University, with a double-major in Political Science and Gender Studies, and a minor in Philosophy. Following graduation, Rupali provided direct services to immigrant domestic violence survivors and led a campaign at the National Institute for Reproductive Health. She is currently a student at Yale Law School, where she has served as a director of the Immigration Legal Services clinic, managing editor of the Yale Journal of Law and Feminism, and member of the Lowenstein International Human Rights clinic. Last summer, she interned with the Honorable Mr. Justice Dalveer Bhandari of the Supreme Court of India. In 2011, she was a summer associate at Skadden, Arps, Slate, Meagher & Flom. Rupali is currently interning with Planned Parenthood's Public Policy Litigation and Law Program and will be clerking in the Northern District of Illinois in 2013 and 2014.

Alice Shih is a 3L at Yale Law School. She graduated summa cum laude and Phi Beta Kappa from Washington & Lee University with a B.A. in Economics. In law school, Alice served as the submissions editor for the Yale Journal on Regulation and chair of Yale Law Women. She also chaired the Yale Law Women's annual list of the "Top 10 Family-Friendly Law Firms" publication which has garnered national and international attention. She is actively involved in the San Francisco Affirmative Litigation Project and is a student director of the
Advocacy for Children and Youth Clinic. Alice has been named a Blackstone Legal Fellow and a Latham & Watkins Diversity Fellow. Following law school, Alice will be clerking in the Southern District of Texas and then on the Fifth Circuit. 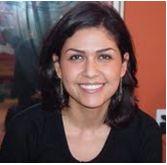 Teresita Perez graduated from Stanford University with a B.A. in International Relations and is currently pursuing her J.D. at Georgetown University. During her time in law school, she has worked at the Department of Justice, the International Rescue Committee, the State Department, the New York Attorney General’s office and the ABA-CEELI program in Prague. Prior to law school, Teresita worked as a speechwriter for the U.S. Secretary of Labor Hilda Solis. She plans on pursuing a career focusing on international law and immigration.

Kimberly Watson is a rising 3L at the University of Illinois College of Law. She is originally from Carmel, IN and graduated magna cum laude and Phi Beta Kappa from the University of South Carolina in three years. This past summer she was a summer associate in the Real Estate group at Kirkland & Ellis in Chicago. In addition to her academic pursuits, Kim is currently a Notes Editor for the Elder Law Journal and a student liaison to the Women’s Bar Association of Illinois. She is also the past President of the Corporate and Business Law Association and the past Vice President of the Women’s Law Society at the College of Law. In her free time, she enjoys watching SEC football games and playing beach volleyball.

Joy Ziegeweid is a third-year JD candidate at Columbia Law School. She holds a bachelor’s degree from Macalester College and a master’s degree from the University of Michigan and worked for several years as an editor and infrastructure consultant in Moscow, Russia, before law school. At Columbia, she has been active on the boards of the Society for Immigrant and Refugee Rights, the Domestic Violence Project, and the Public Interest Law Foundation. Joy is also an Articles Editor of the Human Rights Law Review. Her professional interests include immigration and family law.